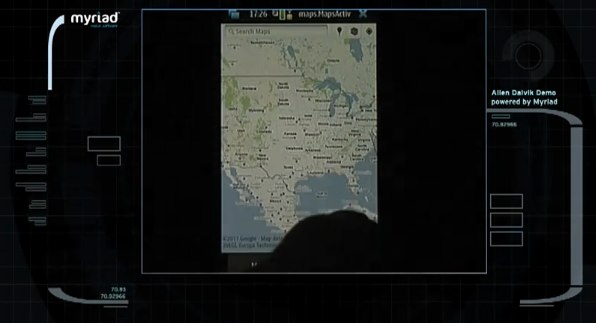 Remember that post a couple weeks ago about the Blackberry Playbook possibly being able to run Android apps? Well, if true, it looks like the Playbook won’t be the only guy in town. Open Handset Alliance member Myriad has just announced a tool called Alien Dalvik, which is Android’s Dalvik VM ported to other systems. This may sound like a bit of abracadabra to you, but it means you’ll be able to run Android apps on any platform, and without a disturbing lag. Alien Dalvik will run the majority of Android apps, but for the very device-dependent apps, there’s an add-on for the Android SDK.

Alien Dalvik will initially be released for Meego only, but Myriad says it will arrive on other platforms soon enough. Check out the video after the break, it’s pretty cool!