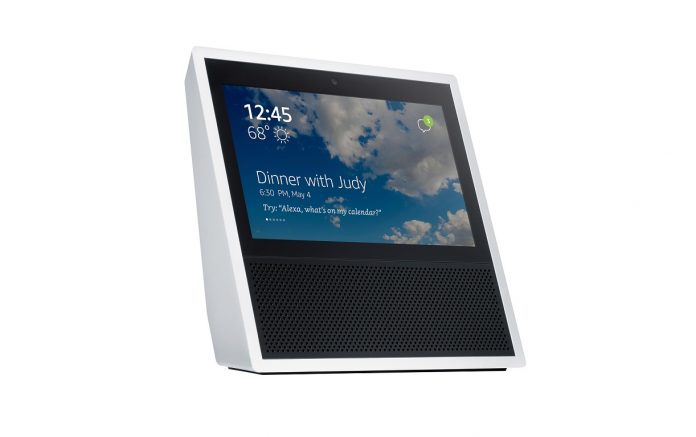 We’ve been previously telling you the next-gen Amazon Echo will feature a build-in touchscreen display and might arrive in May.

While information about the second-generation Alexa-enhanced speaker is quite scarce at the moment, a high-resolution render depicting the upcoming product showed up on line courtesy of @evleaks.

As you can see, the speaker teased in the image looks extremely different compared to the current cylinder shaped Amazon Echo. However, the visual representation seems to be in congruence with earlier rumors which revealed the next-gen Echo might come with intercom abilities.

No additional information accompanied the leaked image, although we can see the display invites users to try out voice commands like “What’s on my calendar”. It also appears the next-gen Echo features a camera above the display, so Amazon’s upcoming speaker might borrow features from the recently launched Echo Look camera.

The leak reveals the Echo 2 will come in two colors, white and black and according to older rumors it might come with a price-tag ranging from $200 to $300.

A hint that Amazon is gearing up to launch a new Bluetooth speaker soon, is that the Echo is currently available for purchase with a discount. Previously $179.99, customers can now grab the Echo for only $149.99 (30% discount).