A future Droid smartphone from Verizon will feature a 5.5-inch 1440 x 2560 display when it arrives, according to an alleged set of new benchmarks. Reportedly, the Motorola phone will also pack an octa-core 1.9GHz Snapdragon 820 processor with 3GBM.

Other specifications tipped in the benchmark sighting include an Adreno 430 GPU and 32GB internal storage. Powered by Android 5.1.1, the ‘Kinzie” could pack a 20-megapixel rear/5-megapixel front-facing camera combo.

The Kinzie is one of two recent Droid rumors to surface in the last few weeks. The other model said to be in the works is a 5.2-inch Droid “Clark“.  As a reminder, “Droid” is Verizon’s exclusive line of Android smartphones; Motorola is now the sole provider of handsets in this line. 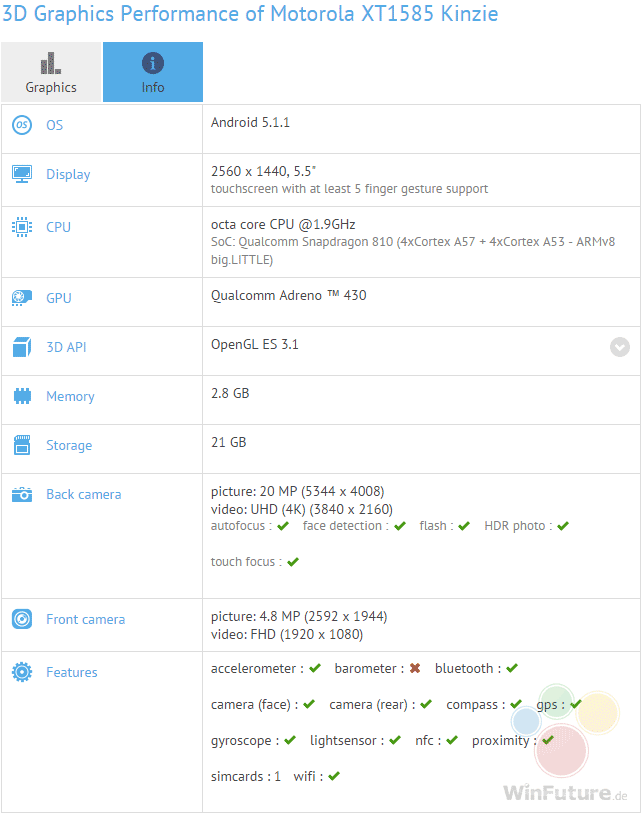 We’ll soon be at the point where the current Droid models will celebrate their respective anniversaries. In other words, we should expect a refresh or new model or two to touch down at Verizon.

It’s worth reminding readers that the Kinzie and Clark are code names and will likely grab much more attractive names when launched. Also, specifications are not official and are subject to change.