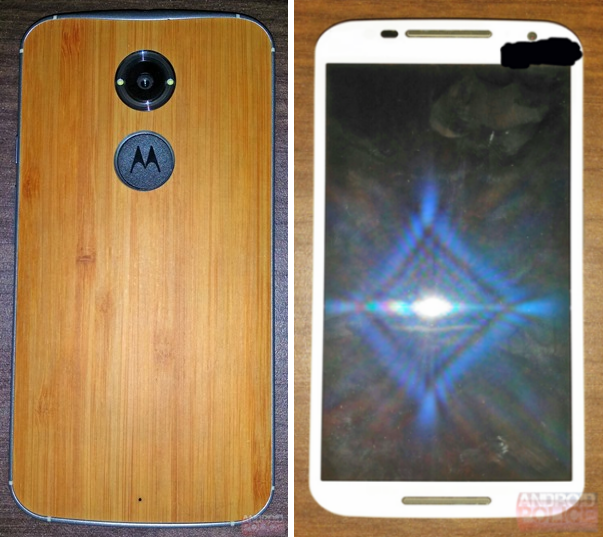 Motorola did a great job with the Moto X last year. That phone offered great user experience for a relatively affordable price. We say relatively because of its specifications, but that’s the thing with Moto X, despite not being at the very top as far as specifications go it offered so much for the price. Though many people have complained when it comes to pricing of this device and we’ve seen it discounted many, many times lately. The phone did not exactly sell like crazy but it certainly got its fair share of happy customers.

Motorola is expected to release a refresh to Moto X this summer, dubbed Moto X+1. We’ve see some several leaks thus far, leaked specifications and a render of the phone. New leak is here and this time we have a bunch of images for you, courtesy of Android Police. You can see alleged pre-production Moto X+1 in these images. The device is said to sport a 5.1″ screen and a loudspeaker on the front beneath the screen. That weird-looking camera on the back seems to sport a dual LED flash on the sides and the phone will not support microSD expansion.

The device is expected to launch this summer along with the Moto 360 smartwatch. Judging by what we’ve seen thus far this could be yet another solid device by Motorola, if the leaks are to be trusted that is. We just hope Motorola will get the price right this time.