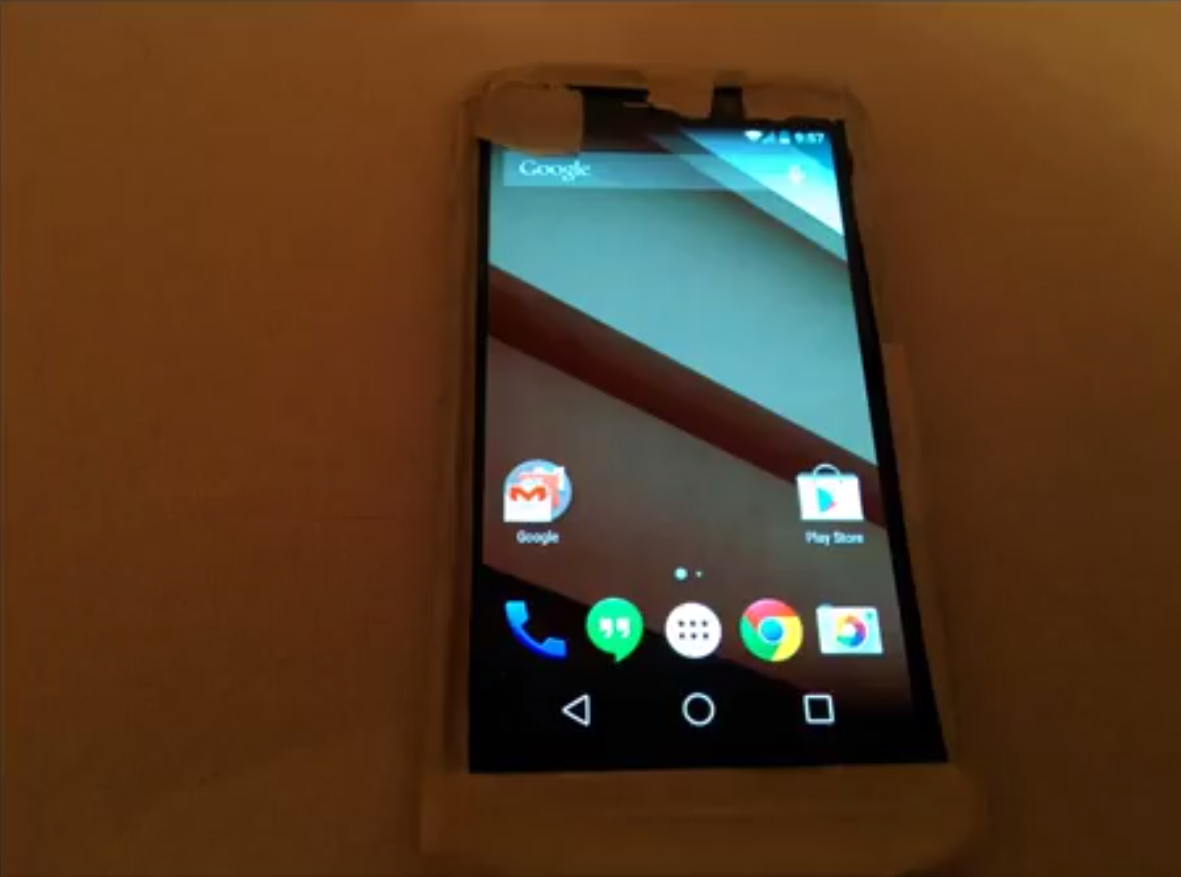 Video of an alleged Motorola device running Android “L” leaked, courtesy of TK Tech News. They say the video was sent to them and that they’ll meet their source soon.

The device is wrapped in paper tape and we can’t see much expect for the screen. They claim this is not the Moto X+1 device though, rather some other upcoming Motorola smartphone. It could be a Droid device or maybe some other variation of Moto X+1. At one point in the video the device is placed next to a Nexus 5 (1:45 mark in the 1st video) and we can see it has at least 5″ screen, although it looks even bigger than that. Some sort of a phablet maybe? We actually doubt it considering it doesn’t look that big, but who knows.

We can’t say much at this point. This might as well be fake considering they could just load Android “L” developer preview on a device along with Motorola’s boot animation (2nd video). Hopefully we’ll get to see the device without that paper tape all over it in the near future. What do you think?