[dropcaps]Many of you are familiar with Amazon’s popular devices, such as the Kindle Fire or the Fire Phone. Admittedly the Kindle Fire line was considerably more popular than the smartphone; they were decent devices that catered to a different group of consumers. All of these devices, of course, run on Amazon’s skinned version of Android.

While a decent skin, it does limit the amount of apps that can run on the device, as they are not all optimized to run on Fire OS. As it turns out some apps are created with stock Android in mind. Amazon has taken note of this and today has released a developer preview of the latest OS upgrade, Fire OS 5.[/dropcaps]

While it may not seem like a big deal for the average consumer, it will allow developers to go ahead and test their apps on what will ultimately be the OS that ship on Amazon’s latest devices when they are released later this year.

Developers can now squash potential bugs and make sure that their apps will play nice with the Fire OS. If you are developer, you can follow the link below to test out all the cool tools and services that Amazon has made available so that you can be prepared for when the tech giant releases their new devices. Among them is a compatibility tool for your apps and some discounts on current generation devices! 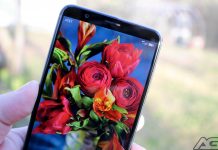