For the majority of users, the Android Market is the place to go for apps, games, and books. The Amazon Appstore is one third-party app market that is actually holding its own against Google’s app market. According to a downloadable report by Distimo, the numbers indicate that the Amazon Appstore is rapidly growing, and it may be only a matter of time before it’s on a level playing field with the Market. Here are some of the notable observations:

So, thanks to some help by the Kindle Fire, Amazon is looking at a solid increase in size and user count. If things continue at this rate, the Appstore could be fairly close to the Market by this time next year. It’s interesting that based on the study, developers are beginning to lean more towards the Appstore, perhaps because there aren’t as many restrictions as the Market. One can only imagine what kind of impact the Kindle Fire successor we’ve been hearing about will have on the Amazon Appstore. More on this as it develops.

So now that we have an idea of where Amazon and Google stand in the app world, we want to know: which do you prefer, the Appstore or the Market? Sound off in the comments below! 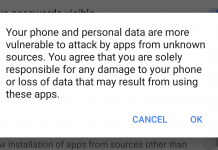 Tips to safely download games to your Android device (Promoted)