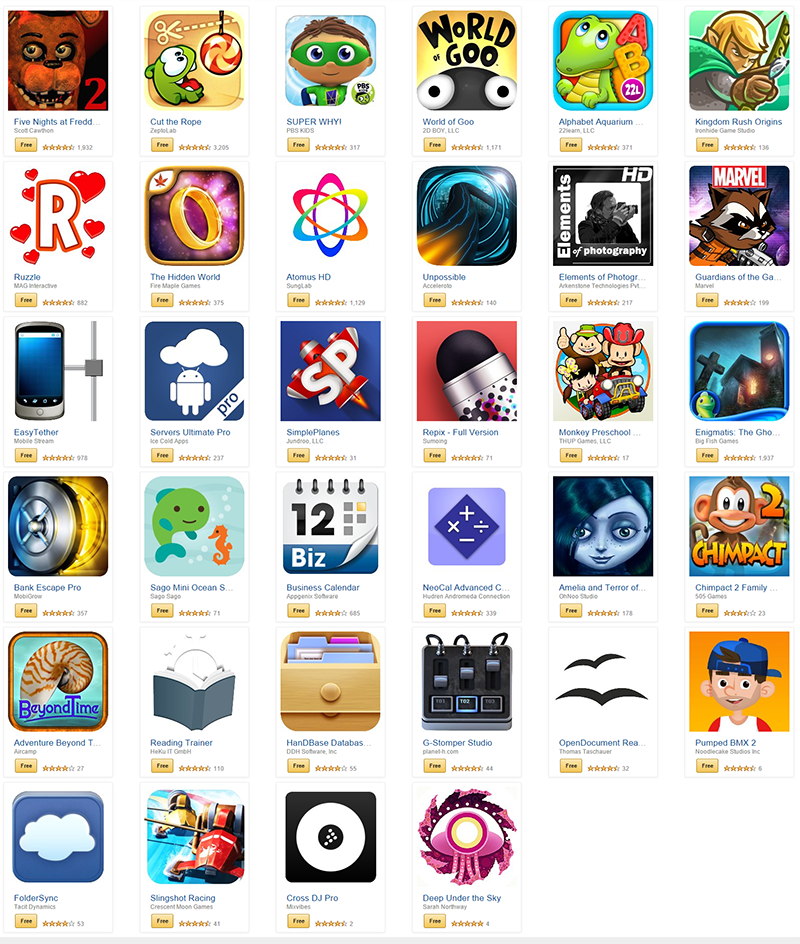 Amazon is celebrating its fourth anniversary of its Appstore which means they’re doing it big. Starting today and running through Saturday, March 21, customers can grab up to $105 worth of normally paid apps and games at no cost. It’s all part of a bundle, however, it’s up to you as to which titles you scoop up. Want all of them? Snag away! Just want Five Nights at Freddy’s 2? Yoink!

There are nearly three dozen apps and games to choose from, including Cut The Rope, Super Why, Kingdom Rush Origins, Slingshot Racing, and Guardians of the Galaxy: The Universal Weapon.

After starting out with just under 4,100 titles in the Appstore, Amazon’s portal has expanded to include more than 400,000 and is now available in countries all over the world. Congrats to Amazon!