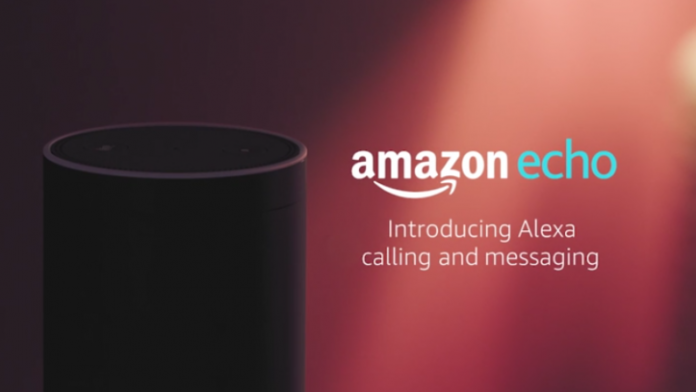 It’s been a big day for amazon, a full reboot of the Echo device and now confirming calling and messaging between all Echo Devices and the Alexa App: Let’s just say we’re excited!

So, let me break this down for you.

Amazon is bringing the update to all current Alexa devices: This was announced today alongside the eagerly anticipated Amazon Echo Show. Amazon have also confirmed this feature is going to be open to people using third-party Alexa devices ( Virtual High 5 )

Amazon have Voice calling and messaging as launching “soon,” on the relevant landing page. In our Echo Show article we documented an expected release date of sometime before June 28th for the new device and due to this, having the additional feature available for launch would make the most sense.

Alexa’s voice calling feature seems to be pretty straight forward: you ask Alexa to call someone in your contacts and it does! I do feel I have to state the obvious here though and remind you that both contacts have to have Alexa enabled devices — you can’t just call any regular phone. Don’t get too downhearted though, Amazon isn’t insisting that everyone has to rush out and buy an Echo: Amazon are also going to be adding calling into the Alexa app for iOS and Android.

Another cool feature I feel is worth mentioning is the ability to send a voice message.

All you have to do is ask Alexa to send a voice message and the person on the other end can receive said voice message you have recorded; YES, they will receive an actual recording of your voice, not just as a dictation by Alexa. I can see people having some real fun with this!

Essentially what Amazon are doing here is offering a simple, hands-free way of calling family members much akin to Apple’s FaceTime or Google’s Duo, and although Amazon are not reinventing the wheel with this feature, man – it’s got me excited!