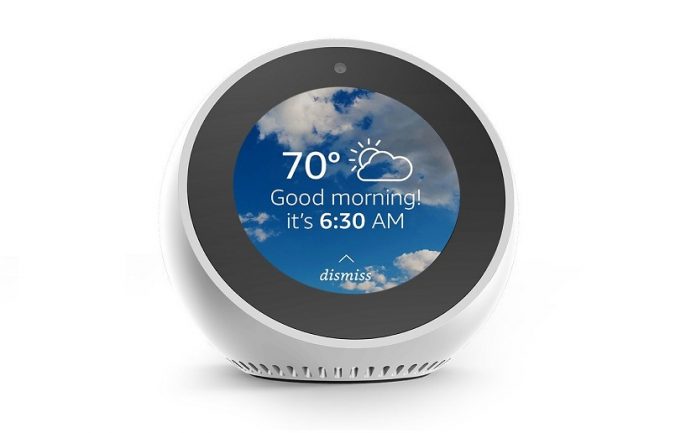 Introduced back in September, the Amazon Echo Spot – a tiny smart speaker with a circular 2.5-inch display – is finally available for purchase. Customers can now place an order for the Black or White version for $129.99 a pop on Amazon.

The mini speaker actually appeared on the Amazon website around Thanksgiving, but it officially launched this week. But even if you can order the Echo Spot today, you won’t be able to get it in time for Christmas. 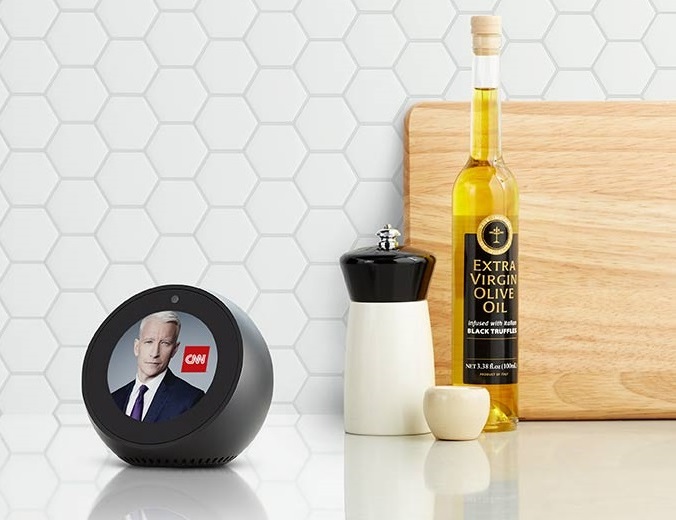 Amazon notes the Black Echo Spot will be in stock come December 27, 2017, while the White Echo Show will become available at a later date, on January 5, 2018.

The Echo Spot is the latest intelligent speaker to join Amazon’s ever-expanding lineup of smart home devices. The product kind of looks like a little alarm clock with a circular display that can be used to make video calls. Like any self-respecting Echo device, it comes with Alexa on board and can control smart appliances around the house, stream music, place phone calls, order a pizza from Domino and much more. 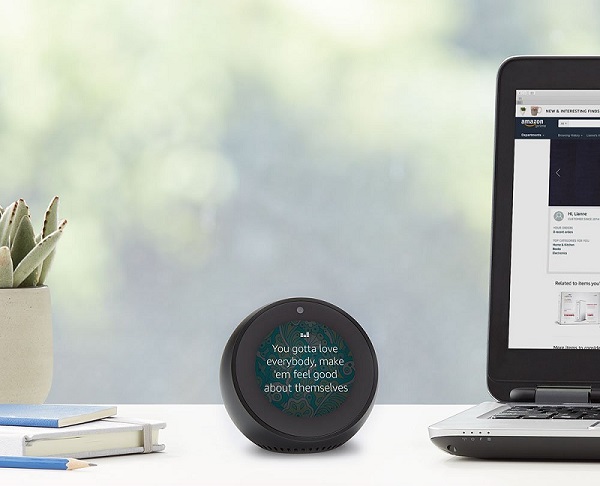 The Echo Spot is the second speaker released by Amazon to come with a built-in display, following the Echo Show which made a debut back in May. The maxi Echo Show comes with a 7-inch display, a 5-megapixel camera, and Dolby-powered speakers and is currently available for a discounted $149.99 (down from the usual $229.99).