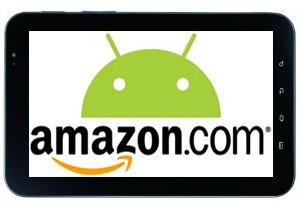 Could Amazon be expecting to sell upwards of 3 million of their Android tablets this fall?  If the information provided to CENS.com is right, then that’s exactly what they’re hoping to see happen.  According to new details, Quanta Computer Inc., the company tasked with providing the tablets to Amazon, has been ordered to produce a massive amount of devices.

Since the beginning of July, the PC manufacturer`s production lines have been rolling for Amazon, which demands 800,000 to 1 million units of its model per month from August through October.

Should Amazon be able to pull of that many unit in its first quarter, the online retailer could cement themselves as the Android tablet of choice.  And just for a little perspective, Motorola recently announced that they expect to sell about half of that over the entire year.