If you’re a fan of shopping on Amazon, you’re probably familiar with Prime Day. The event, which debuted back in 2015, was launched to treat customers to numerous deals and discounts. And this year it won’t be any different, as Amazon’s Prime Day will be making a comeback on July 11.

The event is set to start on July 10 at 9 PM ET thus giving customers up to 30 hours to shop. As before you’ll need to have subscribed to Amazon Prime ($99 a year in the US) to be able to take advantage of the deals and discounts.

Amazon has expanded the sale to include 13 countries this year including US, UK, Spain, Mexico, Japan, Italy, India, Germany, France, China, Canada, Belgium, and Austria.

Note that this year Amazon will offer some deals exclusively for those who use the Alexa voice function on an Amazon device like the Echo, Echo Dot or Fire TV.

While the details about the promos that are to be offered during that specific day are yet to be revealed, Amazon is drumming up interest by inviting members to explore exclusive promotions leading up to Prime Day. Between July 5 and July 9, Amazon will offer deals based on a daily theme as follows: 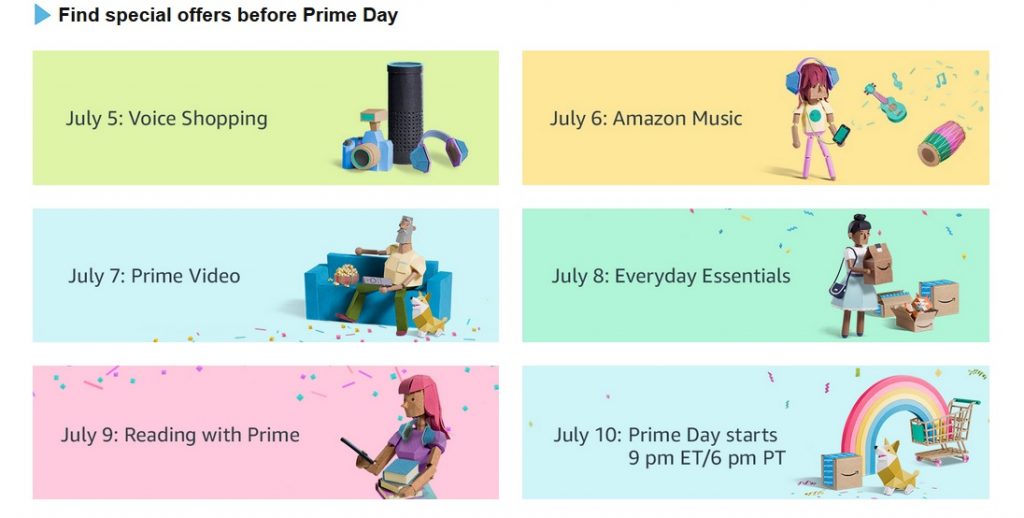 •    Amazon Music Unlimited – four months of the full catalog on-demand service that offers access to tens of millions of song for just $0.99
•    Prime Video – get $10 to spend before Prime Day when you stream a Prime video for the first time on your TV
•    Kindle Unlimited – save up to 40% on a Kindle Unlimited membership
•    Audible – get 40% off your subscription during the first 6 months (only $8.95/month for 6 months)
•    Everyday Essentials – save up to 35% with coupons on select everyday food and household items in Prime Pantry

Come Prime Day we expect to see some pretty nifty deals on Amazon’s Prime Exclusive Phones, as well. It appears the Moto G5 Plus and Alcatel A30 Plus are going to be offered with 50% off, but you’ll be able to save up to $80 on other models too. So, have you saved the date in your calendar yet?