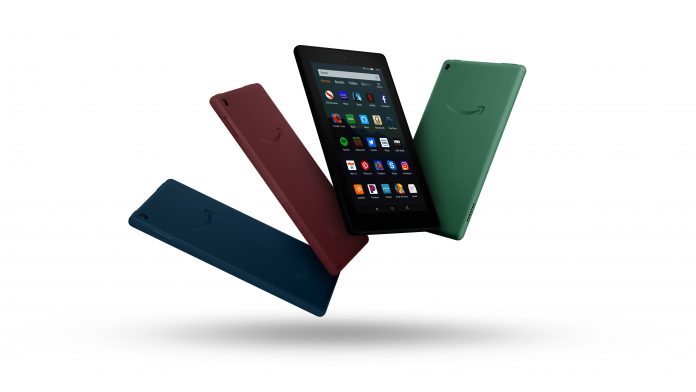 Amazon has refreshed its Fire 7 tablet for 2019, giving both the standard model and the Kids Edition a punch-up. Not to worry, though, it has not touched the price. Yes, you can still get the 7-inch tablet for $50.

Things aren’t drastically changed this time around as it essentially sees the Fire 7 getting twice as much storage as before. The new model has 16GB internal capacity whereas its predecessor had 8GB.

External media doubles, too, as the device now supports microSD expansion cards up to 512GB. Other than that, the situation is largely the same. Amazon still employs a quad-core 1.3GHz processor but the retailer says the new model has more memory bandwidth.

Available in three new colors (Sage, Plum, and Twilight Blue), the new Fire 7 will be released on June 6. Customers can start pre-ordering the devices ahead of launch. Those who do so before the release will receive a $10 credit to use on apps or games.

The $100 Kids Edition tablet is also getting a slight tweak in the processor. And, while its storage stays put at 16GB, it does support the 512GB microSD cards.

The main change in the Fire 7 Kids Edition comes in the protective case that houses the tablet. This year’s model comes with an adjustable stand to allow for hands-free usage. Color choices are blue, pink, and (new) purple.

The refreshed Fire 7 Kids Edition comes with a two-year warranty against any sort of defect, and includes a one-year subscription to Amazon FreeTime Unlimited. Like its brethren, the kids-centric model launches on June 6 and pre-orders are available starting today.