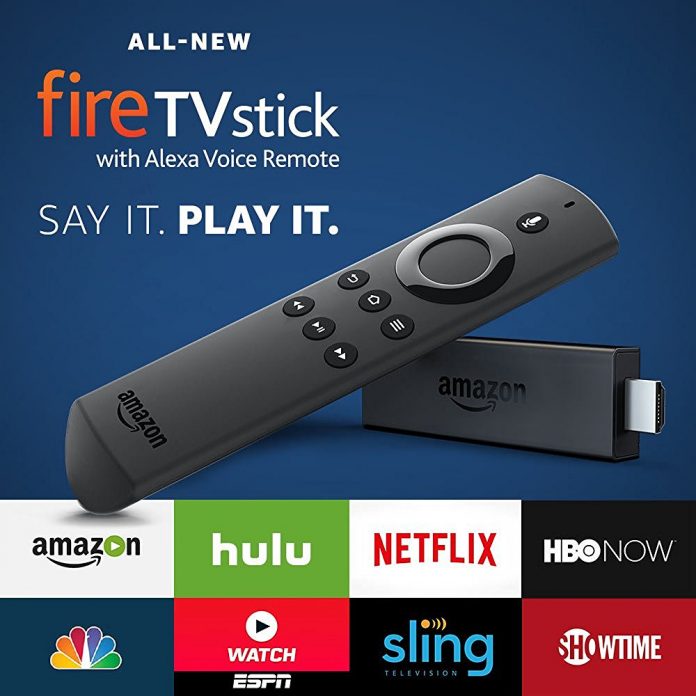 Amazon has thrown its hat into the streaming device update ring. The refresh of the widely popular Fire TV streaming stick comes straight on the heels of Roku upgrading its entire line of streaming devices. Amazon has decided against a complete overhaul, however, and instead opted for marginal improvements in order to keep the device so affordable. Great news for streaming enthusiasts.

Amazon has kept the Fire TV Stick as a full HD (1080P) device, and not pushed it into the realm of 4K like they did to the full Fire TV set top box earlier this year. Instead, the Stick gets a shiny new Alexa-powered remote for voice control. This used to be an add-on for an additional cost, but Amazon has included it for the same low price, just $40, of the original stand alone device. The Alexa remote allows for searching for content across apps, control of media playback, and even ordering a pizza through Domino’s. Also included in the refresh is a slight improvement to the internal specs. A quad-core 1.3 GHz MediaTek processor now powers the stick, Bluetooth 4.1 and a new Wi-Fi antenna that supports dual band MIMO AC wireless signals is on-board for improved wireless streaming performance. The rest of the internals remain the same, with 8GB of internal memory and 1GB of RAM.

This is a good job by Amazon to improve its budget streaming device ahead of the holiday season. Keeping the price low and adding some welcome features and improvements without sacrificing anything should keep the Fire TV Stick in competition with similarly priced devices like the Chromecast, and keep it on the list of excellent gift ideas for anyone.