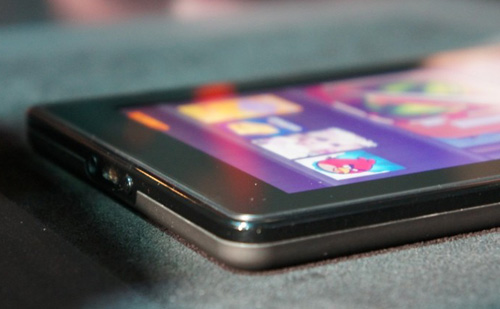 When Amazon launched the Kindle Fire, they actually made a big breakthrough in the tablet market, bringing a tablet with so much potential and a small price tag. And we all know that when we are talking about a device with so much potential and a balanced price tag, how can Google stay behind? With the launch of Google Nexus 7 yesterday, Google told Amazon that they are not behind, but do you think Amazon is going to sit quietly?

Our friends over at BGR are letting the cat of the bag by saying that Amazon is preparing two new Android tablets: one as the successor to the Kindle Fire, and another will be a 10-inch Android tablet powered by a quad-core processor. BGR’s source handled both tablets, and they are saying that the build quality is much better as compared to the predecessor. Instead of plastic, the chassis is made up of metal. Though the design of both tablets are described as a thinner version of iPad, there are no buttons on the front side (I hope Apple wouldn’t sue Amazon for that).

The tablets are probably already in production and according to a previous report, we will see it sometime in the second half of 2012. Do you think the new Kindle Fire series will be challenging enough for Google/ASUS and other manufacturers? Tell us about it in the comment box below.