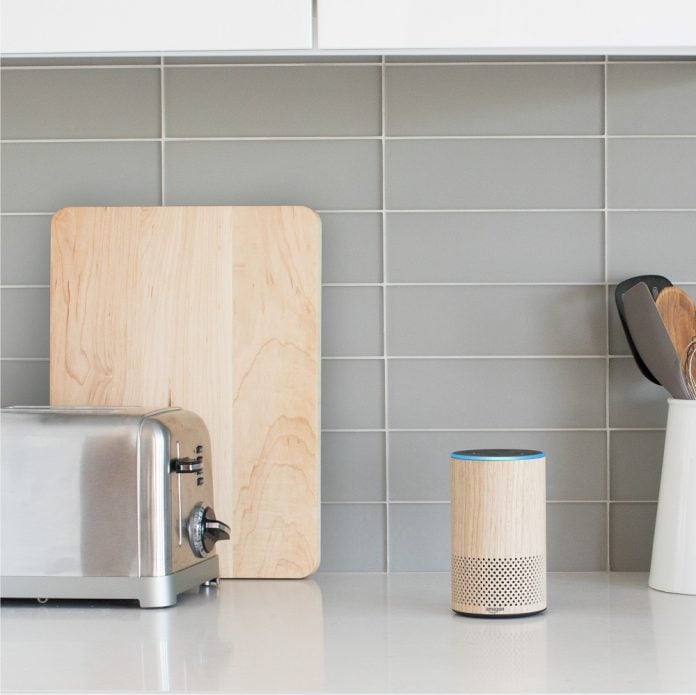 It hasn’t been long since Amazon launched the Echo Show (back in May), but this week the tech giant introduced a new lineup of Alexa-powered devices including three new Echo models.

The first one is a re-designed Echo which is a shorter, rounder version of the original Echo speaker which will go on sale for only $99, despite bringing improved speaker and voice recognition capabilities.

That’s $80 less than the price of its taller predecessor. Amazon will offer a pack of three for $130, as well as cloth clovers of different covers which will ensure the device will match the the room it will be placed in.

Then we have the Amazon Echo Plus which looks very much like the original Echo speaker featuring a tall cylindrical body. Like the re-designed Echo, it will come with enhanced voice recognition, but also improved Dolby sound. It’s standout feature, however, is the ZigBee smart home hub which makes it easier to connect to smart products around the house. The Echo Plus will be available in white, black and silver for $149.99 and will ship out with a Philips smart light bulb on the house. 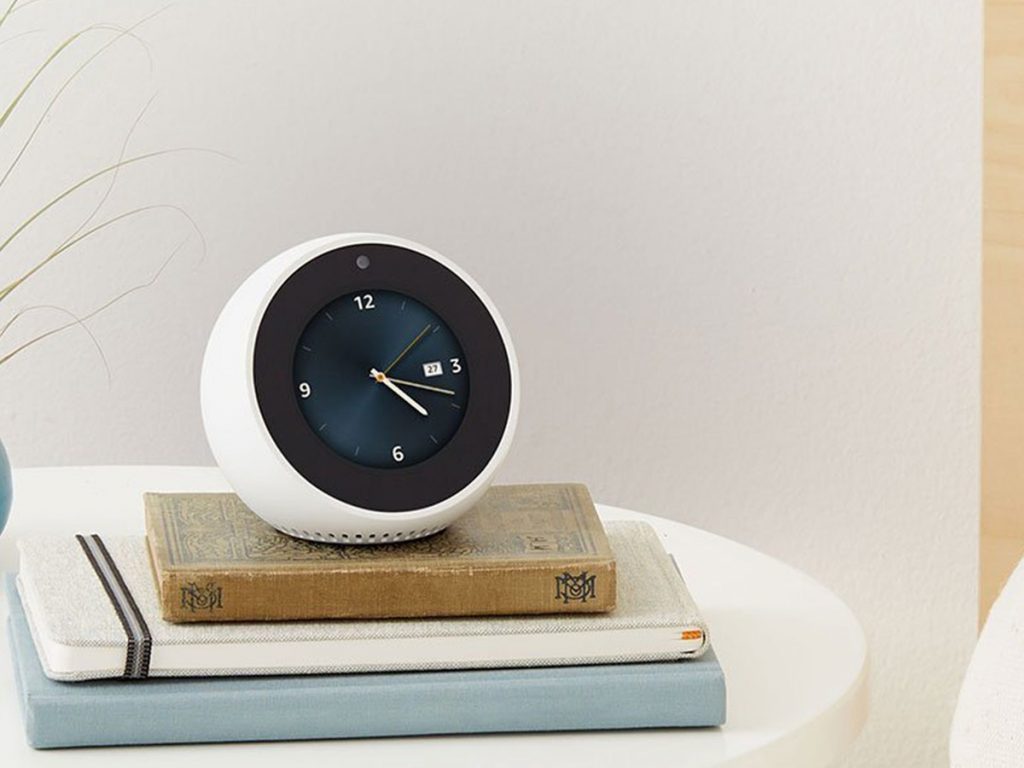 Next up, we have the Amazon Echo Spot which is a tiny smart speaker featuring a round 2.5-inch screen. According to Amazon, the Spot takes advantage of the best voice recognition system available and arrives with four built-in microphones. Thanks to the small display, it can be used for video calls and also doubles as an alarm clock. Customers will be able to get the Amazon Echo Spot for $129.99.

Last but not least, Amazon also introduced the Echo Connect which is a small device that turns any Echo products into a landline speakerphone.

Amazon has already opened up pre-orders for the new Echo models, including the re-designed Echo, Echo Plus, Echo Spot and Echo Connect. Expect them to start shipping in the fourth quarter. 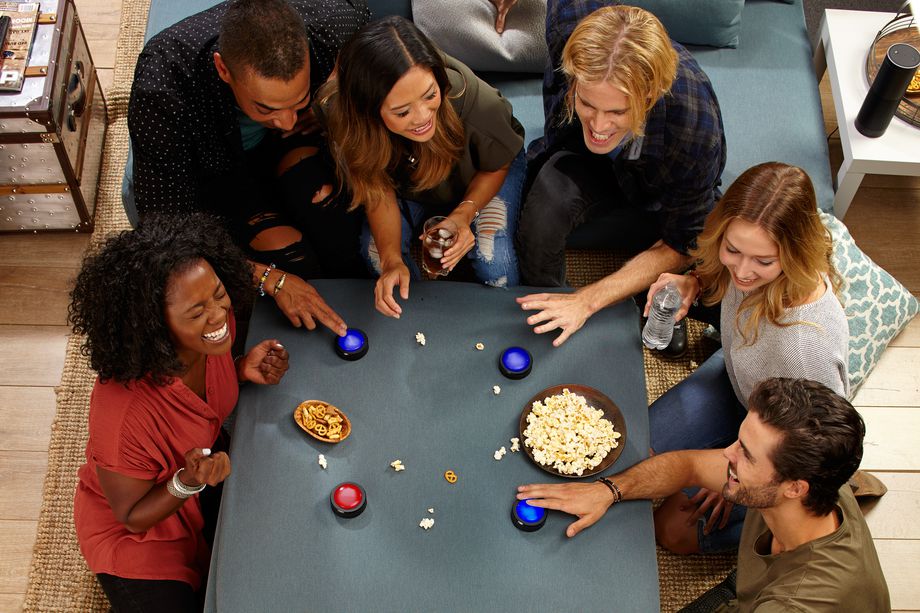 Apart from all the new smart speakers, the tech giant also announced Echo Buttons – which are basically Bluetooth-powered buzzers that connect to Alexa to allow you to play games. For example, they will make trivia games more fun to play. Echo Buttons cost $19 for a two-pack.

Of course, Amazon also took this opportunity to reveal it has improved Alexa with a set of new features. 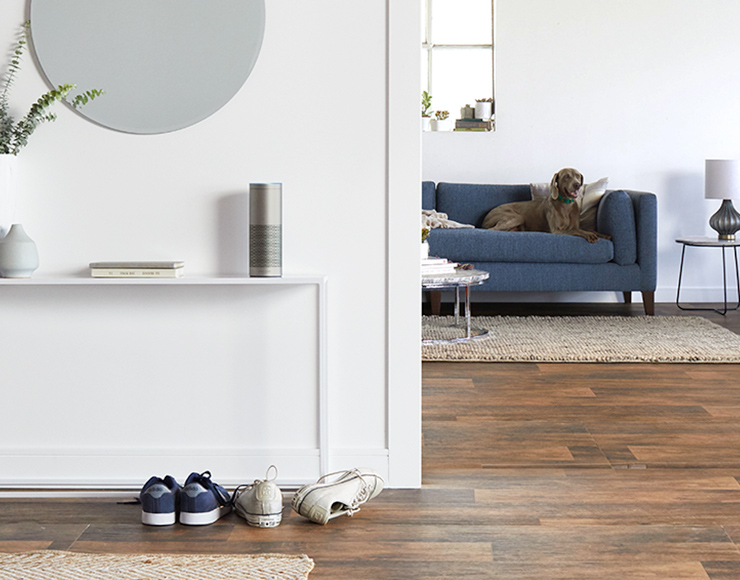 Now Alexa can do something which Amazon calls “routines”. This is a set of actions that can be triggered by a voice command. So if you walk into the kitchen and say “good morning” Alexa will immediately open the blind, turn on the lights and start reading the news/weather forecast. 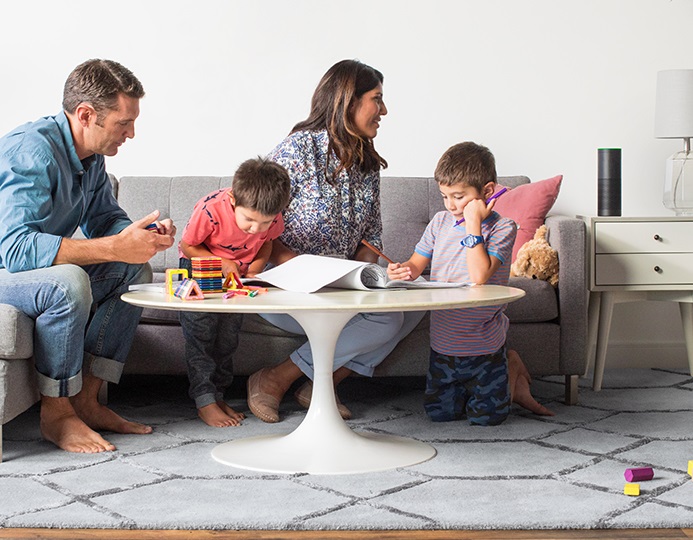 Amazon also announced its expanding Alexa calling and messaging – which was introduced four months ago – to include support for free outbound calls to numbers in the US, Canada, and Mexico.