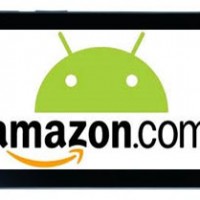 There is a whisper going around that Amazon plans on offering up its streaming video service for free to early adopters of their yet-to-be announced tablets (Coyote/Hollywood). This would be the same service Amazon has offered its Prime customers which includes unlimited access to over 5,000 instant movies and videos. None of this has been confirmed but it definitely sounds like something Amazon would do. Question is, does it even matter?

Lately it seems like Amazon is trying to “re-invent” things that no one wants “re-invented.” First they decided to launch their own “App Store” in competition with the Android Market, yet I haven’t encountered anyone who uses it for anything other than the “Free App of the Day.” Then they tried to jump ahead of Google by releasing Amazon Cloud Player. Now they’re trying to jump into an already saturated tablet market and hoping to gain market share by offering a service that most tablet users will most likely already have?

I’ll say this, Amazon sure is persistent, and they seem to have plenty of cash flow to follow through with their commitments. I’m not quite sure how they plan on marketing these rumored tablets of theirs but let’s hope they come up with something better than this free streaming video service. What’s next, “Amazon Games,” “Amazon Wallet,” “Amazon Operating System?” Either way, this rumor is sure to feed the Android proponents who boast “more choices” while also feeding the “more fragmentation” populous. What do you guys think? Is this offer enough to sway you towards an Amazon tablet or do you rely on more important factors such as price, hardware, etc.? Let us know what you think by leaving a comment below or over on our Facebook Wall.