After starting out with products centered around mobile and wireless charging, Ampere has begun stretching its arms a bit. Its new Shower Power speaker, set to ship in the first quarter of the year (Q1 2021), is a Bluetooth speaker designed specifically for the bathroom.

The Shower Power promises to fit all showerheads and will be powered by the water that passes through it. In essence, it will have a continuous battery life and will not need to be removed for charging.

The Shower Power is constructed from 100% recycled ocean plastic so it’s not only cool tech, but environmentally conscious, too.

The Shower Power was the fourth successful Kickstarter campaign from the Ampere brand, raising some $224,000 on the crowdfunding site. This week, Ampere also announced that it will release an LED light version called the  Shower Power Shine. The speaker will provide a light show to the shower speaker, even synchronizing with the audio.

The Shower Power speaker will start at $99.95 when it begins shipping later this quarter. 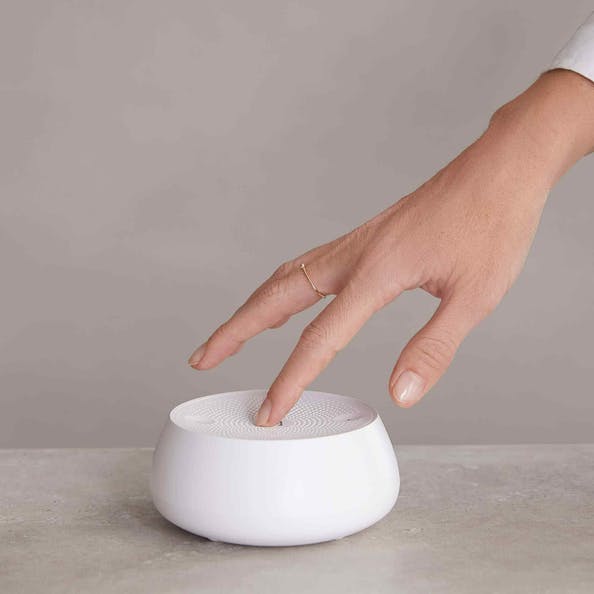