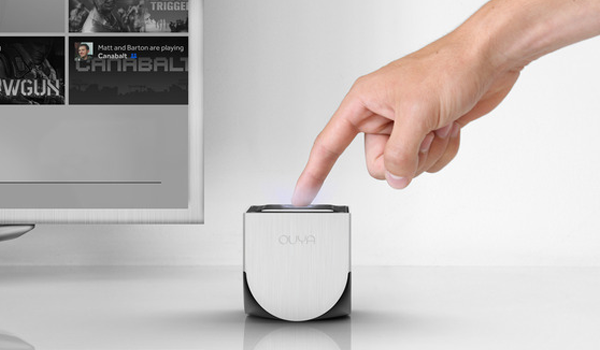 A month ago we wrote on a Kickstarter project called OUYA, an innovative gaming platform designed to bring gamers back to the more family & multiplayer-oriented television. At the time we had expressed our hope that the project flourished, and we’re happy to say that our hope was answered; within one day the project had garnered $2 million in support, over double the $950,000 goal they had hoped to achieve in a full month. The grand total once the 30 day pledge period was up? An astounding $8,596,475 in funding, almost ten times what they were needing for production. They also made Kickstarter history in the process, being the first to achieve such a high total in such a short time. Beyond the monetary success, the project has drawn the support of several big name gurus, both inside and outside of the gaming industry. Check out below for the announced achievements that OUYA has reached in its short time in development and let us know in the comments: Does this project have the potential to change the gaming industry as we know it?

LAUNCH
On July 10th OUYA launched on Kickstarter.  An unknown upstart focused on challenging the status quo of the console industry, the company established credibility through well known advisors (e.g, Ed Fries) and investors (including Jawbone founder Hosain Rahman, Digg founder Jay Adelson, and Flixster founder Joe Greenstein). It didn’t hurt that Yves Behar signed on to design the console and controller. He’s the man behind the Jawbone headset, Herman Miller’s groundbreaking Leaf LED lamp, a line of lifestyle goods for Mini, the reinvention of Birkenstocks, a chandelier for Swarovski, and the news-making $100 laptop with MIT’s Nicholas Negroponte.

MOMENTUM
OUYA’s message of openness resonated.  The first day ended with over $2M–setting a record for biggest day-one raise on Kickstarter.  Kickstarter blogged about the success, framing it by saying, “In just 24 hours, 20,000 people bought an Ouya console… By way of comparison, Microsoft sold 326,000 Xbox 360 consoles in its first week after many millions of marketing dollars.”

WEEK TWO: SKEPTICISM RISES AND FALLS
As can be expected, people responded to the enthusiasm by asking some tough questions.  CEO Julie Uhrman tackled the tough questions head on, and momentum continued. She also did a few live Q&As including an AMA (Ask Me Anything) on Reddit—answering questions from would-be customers directly.

SECRET WEAPON
Eight days into the campaign, OUYA revealed a secret weapon in product lead: Muffi Ghadiali, a consumer tech veteran who joined OUYA from Lab126, a part of Amazon, where he worked on the line of Kindle products.

FIRST EXCLUSIVE TITLE
Robotoki’s Robert Bowling (known within the industry for his work with the Call of Duty franchise) announced  OUYA’s first exclusive title, an episodic prequel to Human Element built from the ground up for OUYA.

GAMES ON DEMAND
OUYA announced a partnership with OnLive to bring hundreds of streaming games on demand to the platform.  Based on that news, it wasn’t much of a leap to think that theOUYA could support other forms of streaming content.  (That same day—July 27th—OUYA unveiled the first complete image of the controller in development.)

MAJOR FRANCHISE SUPPORT
OUYA partnered with Square Enix to deliver one of the most beloved franchises in gaming — Final Fantasy—to OUYA.  The partnership kicked off with Final Fantasy III for launch, remastered to take advantage of HD graphics.  Importantly, this effort will mark the first time outside of Japan that gamers can play FFIII on a console.

ENTERTAINMENT BEYOND GAMES
OUYA expanded its entertainment range to include music videos and radio streaming from VEVO and iHeartRadio, respectively. That news was followed today by an international partnership with TuneIn. Along with music, OUYA also answered the overwhelming call for a universal media player with a recent partnership with XBMC – an award-winning media center.

LIMITED EDITION CONSOLE AND CONTROLLER
With a week to go in OUYA’s Kickstarter drive, the team unveiled a limited edition console and controller designed by Yves Behar and fuseproject. The following hours saw a significant spike in support due to the limited nature of the console–many backers saw this as a collector’s item.

FEEDBACK LOOP
Throughout the campaign, OUYA benefitted from an open dialogue with future customers, facilitated by Kickstarter.  Kickstarter backers asked tough questions and offered up great ideas.  OUYA was taking notes.  Some examples of areas where feedback impacted design/development:

o   Ethernet (we added a port)