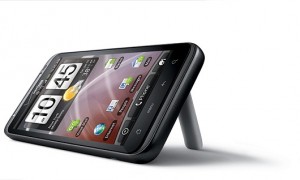 An analyst at BTIG Research is suggesting that Verizon‘s top selling handset is the new HTC Thunderbolt, not the iPhone 4. Walter Piecyk and his team called roughly 150 different Verizon stores over 22 cities to inquire as to how the two devices were selling. Their findings were that the Android-powered Thunderbolt was doing as good as the iPhone 4 in 61% of the stores while 28% indicated that the HTC phone was doing better. That means that roughly 11% of the stores were seeing the Apple phone do better. Of course this is not definitive of anything specific, only that people love fast phones with large screens and ridiculous data speeds.