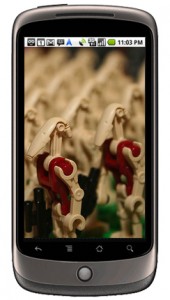 It seems that market analysts are seeing the Nexus One as a major step forward for Google in the smartphone market.Â  Doug Anmuth of Barclay Capital is predicting that the search giant will move 5 to 6 MILLION Nexus One Handsets in 2010.Â  Let’s put this into perspective here.

If this projection is right, Google will sell 16% of what Apple is projected to sell of their iPhone handset.Â  While this number seems small when you first look at it, it actually marks a rather large increase against iPhone sales for an Android phone.Â  Now, projections are just educated guesses, but it shows a promising future for the Nexus One and Google.

Google is not known as a retailer, but this launch is placing them directly in the middle of the Smartphone melee, and builds much needed momentum for the platform.Â  Exciting times for Android lovers everywhere!