Android’s biggest problem continues to be fragmentation. Particularly when you have a huge UI change, like in Android 4.0 ICS, it’s important to get as many devices as you can on the update to avoid customer confusion and developer frustration. Even the Nexus S 4G, Sprint‘s iteration of the “Pure Google” phone, just got the latest update a bare month ago, a full six months after the software was first released. With many legacy devices not even getting ICS, this fragmentation is only going to grow. As you can see in the chart above, the various iteration of 4.0 total up to just under 5%, with Gingerbread 2.3.3 taking the…ahem…cake, at just under 64%. Interestingly enough, while Android 4.0 has a pretty low percentage of platform share, it still beats out Android 3.0 Honeycomb, which stands cumulatively at just over 3%. Given how few phones are currently out running Ice Cream Sandwich, this offers a sad bit of commentary on how the last generation of Android tablets sold overall.

The good news here is that with future Android tablets and most future Android phones both running the same software, and impending releases of some pretty huge name brands, there’s going to be a good jump in the number of Android 4.0 devices shortly. That and the impending upgrades of quite a few devices should definitely shift some of the share from Gingerbread to Ice Cream Sandwich. From there, it becomes more a question of what Google’s software game plan is down the road and how it will affect the current fragmentation. What do you think intrepid reader? Let us know in the comments below! 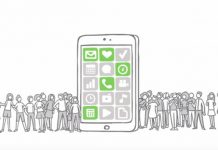 AT&T and Samsung are the slowest to bring Android 6.0 Marshmallow to their flagships from 2014 and 2015 (US)