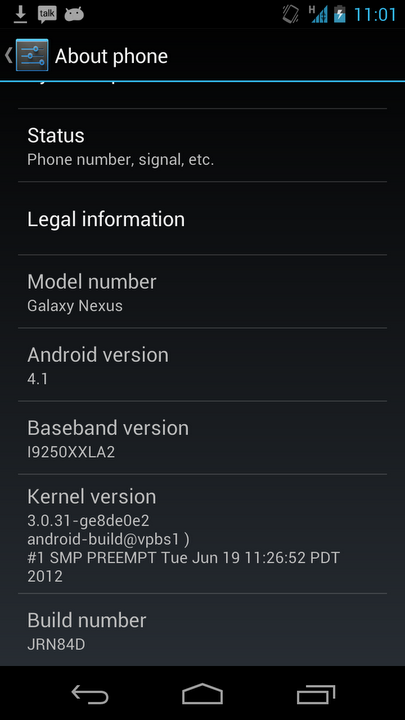 In the wake of Google’s release of Android 4.1 Jelly Bean yesterday, developers have been hard at work. Now, in record time, Jelly Bean ROMs are being released for GSM and Verizon Galaxy Nexus phones. Not only are they ready to flash, but they also seem to have LTE working as well.

If you’re looking for the GSM version to put on your phone, download the ROM, wipe, and flash through Clockwork Mod, along with a root fix and updated radio.

For the Verizon version, simply wipe, flash the ROM, and then flash SuperSU.

These build appear to be 99% or more bug free, and users have been raving about it. Be sure to hit up the source links for more info, and let us know what you think in the comments!

Note: As always, Android Guys is not liable for any damage done to your device