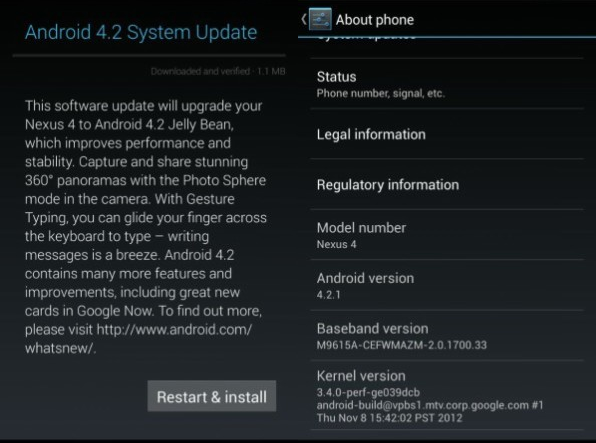 Thank goodness for the folks over at XDA. According to 2 separate (yet equal?) threads, we’re seeing OTA updates coming to both the Nexus 10 and the Nexus 4. The update comes just in time, as we will be seeing the Nexus 4 on sale in the states again here in just about an hour and a half.

The update is said to fix the December birthday / anniversary bug, which left users unable to save any birthday or anniversary in that month using the People app. Aside from that, there don’t seem to be many, if any, changes. The hidden LTE on band 4 option still exists, and may still work.

If you’ve got one of these devices, let us know if you receive an OTA update, and any changes you might see, in the comments below.