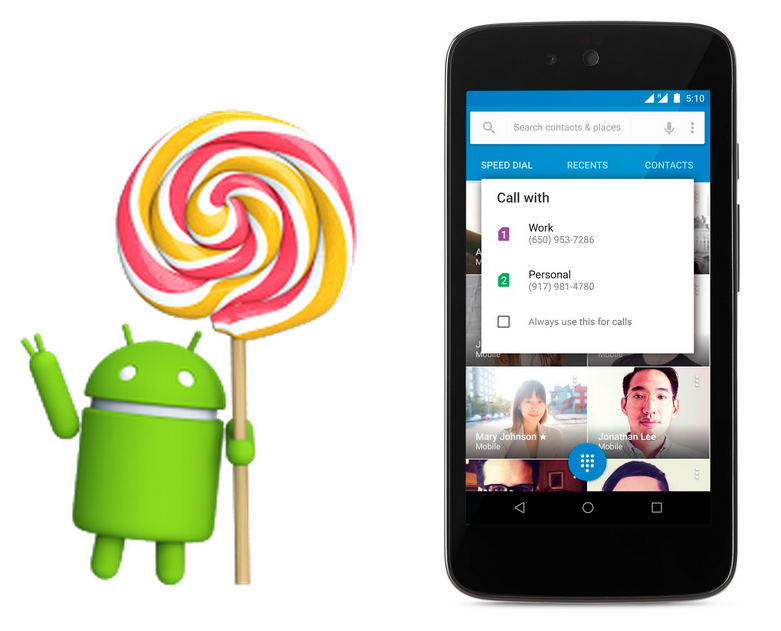 Since the release of Android 5.0 Lollipop, many have complained about a lot of bugs, the biggest being poor RAM management. A few months ago, AndroidPIT had reported on a list of changes that would be coming to Android 5.1. There was also a lot of evidence that the new version of Lollipop was going to be released this week. It seems that evidence was correct, as Google announced today on the Android Blog Android 5.1!

This new version of Android An Device Protection keeps your lost or stolen phone protected until you log in to your Google Account, even through a factory reset. Support for multiple SIM cards allows for easier switching between SIM cards on devices with multiple SIM card slots. HD Voice calling is for networks that are starting to release the technology such as T-Mobile and Verizon.

Other features that are supposed to be included are the following:

However, there has yet to be an official changelog to present itself. We’ll be sure to report on it when we see it!

Nexus devices are supposed to start receiving the update today, as far as other devices there has yet to be any news.

Android 5.1 will hopefully bring a lot of fixes to some of the problems that came from Android 5.0, and we hope to see it on a device near us soon.