If you’re a Nexus user, or follow Android closely, you are probably familiar with the dark theme that popped up in the Android M Developer Preview. Unfortunately, it didn’t make the cut to the final release of Android 6.0 Marshmallow, but Hernán Castañón, a developer and CyanogenMod contributor, has found traces of the dark theme, which has been renamed to “Night Mode”, in the code for Android Marshmallow. 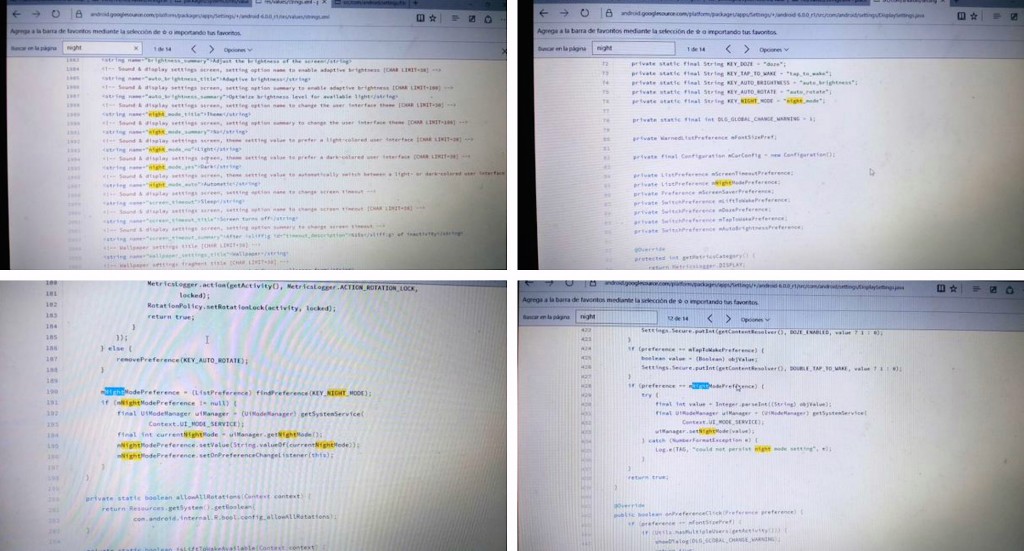 We all know some features that show up in developer previews may not make it to prime time, but this one was a particular favorite among Android fans, especially those with AMOLED screens. Could we eventually see a Night Mode that changes the color of your phone’s theme based on the time of day, or possibly a schedule you set up? We’re hopeful, but cautiously optimistic. Other features that would logically make sense to include into Android (we’ve previously seen Multi-Window and App Ops removed) have still not been released after being spotted in previous builds of the worlds most popular mobile OS. A new permissions system that builds on App Ops was, however, debuted in Android Marshmallow.

This is something we’ll be keeping our eye on for future versions of Android. It doesn’t seem like Google’s style to release a feature like this in a small update, as this is something they could market with new devices or software. But perhaps developers can work to enable it, much the same way they were able to bring back App Ops in 4.4.2. after Google disabled it. In any case, we’ll keep our eyes on it and have an update for you if one becomes available.

Is a system-wide dark theme something you’d be interested in? Let us know in the comments what you think about this feature.