Google recently released its Android 8.1 Oreo Developer Preview, bringing new features such as Android Go memory optimizations for low-end Android-powered handsets as well as Autofill enhancements, among other things, but Android 8.1 will bring an additional treat – at least for Netflix users, anyway.

What’s the treat, you ask? Netflix is bringing Picture-in-Picture (PiP) support for Netflix movies as a part of its Android 8.1 Oreo update. It’s well-known that Android 8.0 already brought Picture-in-Picture mode, but please understand that Picture-in-Picture Mode must be enabled within each Android app by app developers before users can experience in-app integration. In Android 8.0, Netflix hadn’t enabled it; this will all change with the upcoming Android system update.

What is Picture-in-Picture Mode? It is a feature that allows you to zoom out of an app (say, YouTube) and check your Gmail email while doing so, for example. You can continue to watch your favorite YouTube video while browsing the Web, answering email, texting a friend or relative, and so on.

Netflix’s Picture-in-Picture integration will allow Netflix subscribers (particularly T-Mobile customers most of all) to continue watching movies and TV shows while doing other web activities. 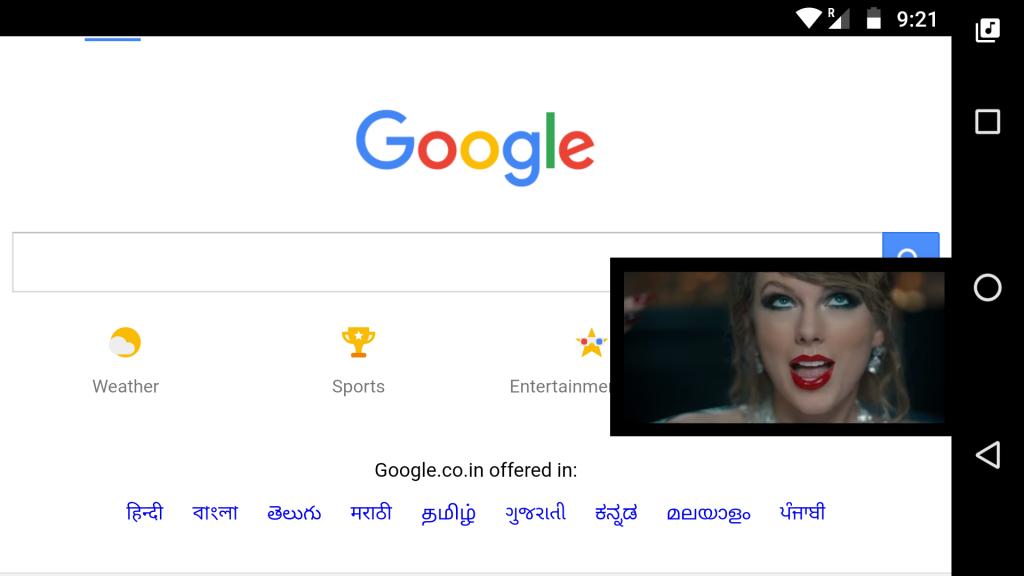 Android 8.1 isn’t said to bring much outside of enhancements and bug fixes, but there’s a rumor that the incremental system update could bring SMS Connect, a feature that lets Android smartphone users send SMS messages through their Chromebook with their phone number attached. This feature is already available for Google Project Fi subscribers (this is one reason to pick up the new Moto X4 with its Project Fi integration).

For now, Android 8.1 Oreo is only available for Google’s Pixel 2 and Pixel 2 XL, as well as the original Pixel and Pixel XL. All other Android-powered handsets must wait for the system update to arrive, which could take two or three months at least. If you’re a Pixel owner, head over to your Netflix app and hit that update button.