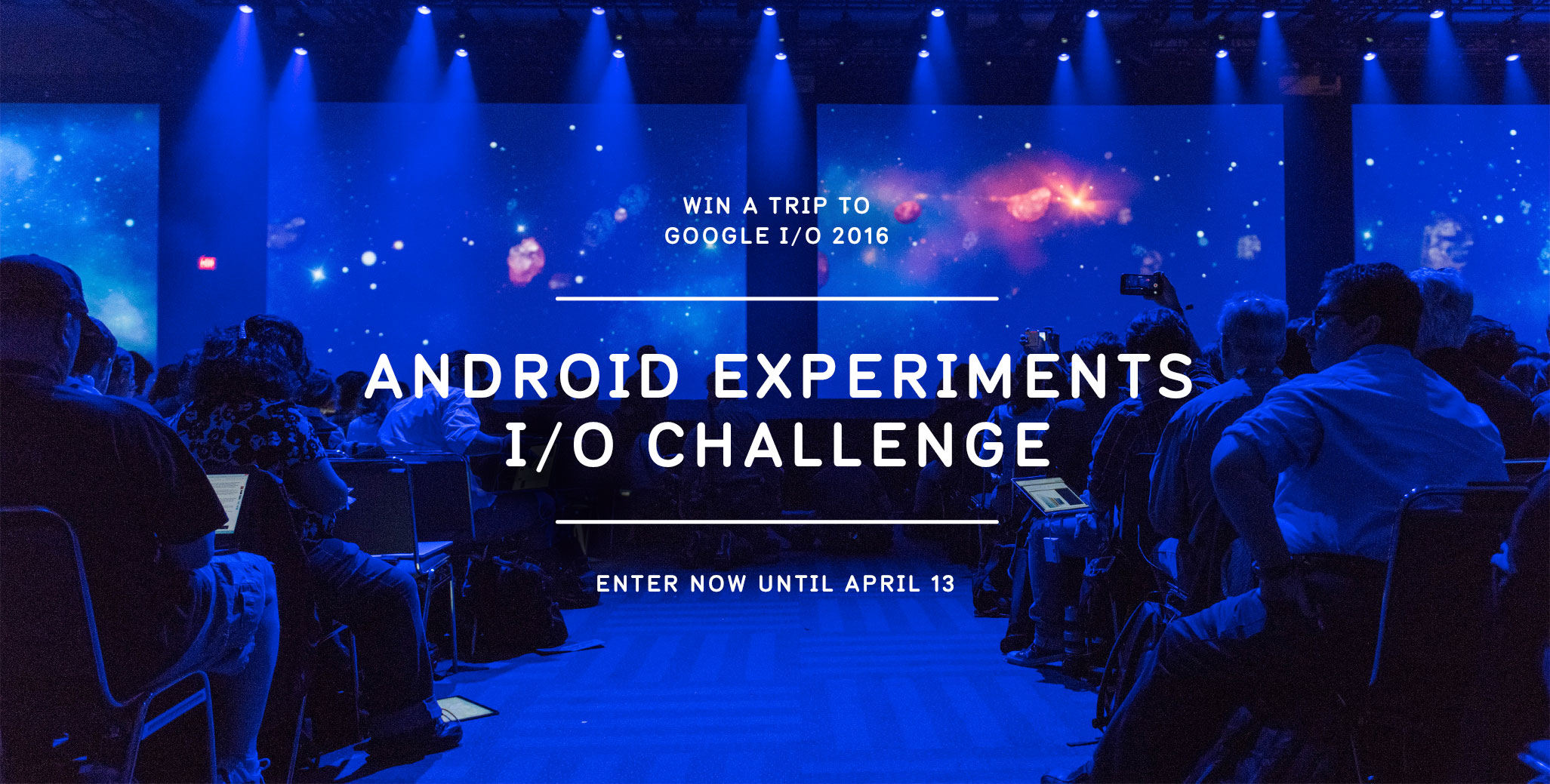 At last years Google I/O 2015, we saw some awesome creations on show which were made by ordinary Android developers and users. These ranged from an Android powered robot to an interactive wallpaper app. These projects were the winning entries of a competition, and this year we’ll be seeing the same thing happen: an opportunity for Android lovers and developers alike to have a much coveted I/O 2016 seat.

The project that comes first will have the opportunity to be displayed live to the I/O 2016 attendees. The five runner-ups will each receive a spanking new Nexus 6P, although we’re not sure which prize is better between the two (we’re sold on the Nexus). This naturally goes hand-in-hand with the publicity and fame you’ll receive from being on Google’s Android website.

So, what’s an Android experiment?

It’s a project that utilizes the unique capabilities of the Android platform in an innovative way. Here are a few suggestions straight from Google:

Where do I start?

All projects on Android Experiments are open source. Take a look on the site gallery, dig in and get inspired.

You can have a look on the official website for more inspiration and information. You have until April 13th to submit your idea through the website, followed by Google I/O 2016 which takes place between May 18th and May 20th.