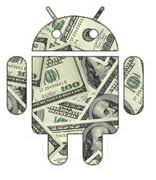 Yesterday was a big day for our favorite search giant, at least for it’s investors and people concerned with the financial growth of the company.  Google conducted it’s Q2 earnings call to report in about the growth of several of it’s products.  Two of the big winners?  Android and Google+.

This news probably comes as no big surprise to you since you are reading it on an Android based blog, but take a look at the numbers that were reported yesterday, they are a bit staggering.

Android growth for example, at I/O this year Google announced that there were 400,000 Android handset activations a day. A huge number to be sure, but yesterday Larry Page announced that in just two months time, that number has grown to 550,000 activations a day. That is a huge leap in adoption for sure, but must be tempered by the fact of the sheer number of Android powered handsets on the market. Either way, Android is now on 130 million devices. Pretty amazing and if you are an Android fan like we are, makes you all happy inside.

The other interesting number that was talked about on the call was that Google+, the new social media-search-communications thingy that Google has just recently launched, now has 10 million users already, despite the service still being invite only.  Many people seen on the service have said that they have abandoned their Twitter and Facebook accounts totally, where others are saying that Facebook is still their method of choice when it comes to connecting with people.

As far as earnings go, Google is on pace to rake in 9 billion in revenues this year, with half of that figure coming from outside of the US.  Ads still being the number one money maker across all of the products Google offers.

What does this mean for Android?  Growth, innovation and attention.  As Android is one of the biggest products that Google offers, we are only going to see bigger and better things on our mobile devices.

There was one unspoken downside to the call, and that was concerning tablet sales.  It is being reported by sources on the call that Page was very specific when he quoted the 130 million activations, he made sure to say on ‘phones’, separating out the other area in which Android is trying to go, which of course is the tablet market.  It will be interesting to see if in the next quarter there has been any movement upwards with the plethora of Android powered tablets out there.

Either way, if you were in an early investor in Google, you should be sitting pretty right now, for the rest of us, we can look forward to continued awesomeness in free ad-driven product.

Source:  The Next Web