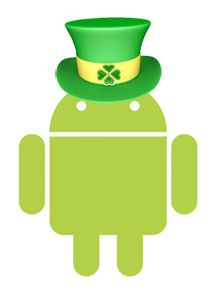 This post could be rather short because as of today (23rd of September 2009) none of the 4 main mobile phone operators doing business in Ireland have an Android device on offer… not one! You can get the latest Nokia N97, the iPhone 3GS, any flavors of BlackBerry even a couple of Windows Mobile devices but no Android.

We have a problem…!

The problem is that the only way to use an Android device is to buy it unlocked from abroad, once fitted with a Sim-card and configured with the correct APN settings, they are working just fine. However, that means you can’t get it subsidised. You have to pay the full price for a new or try toÂ  grab one second hand. While some (like me!) will prefer (and can afford) to have an unlocked handset, lots of people will not have the funds to buy new mobile phone this way and have to rely on the subsidised from their mobile phone operator.

The second issue is with the Android Market. From Ireland you can only see and install the free applications and none of the paid apps. I would assume that it is so because “officially” there are no-one using an Android phone in Ireland. I am only speculating here by the way as there are no indications anywhere of how it is decided, if anyone knows, feel free to add a comment.

There are few other issues, like getting support for your unlocked device. Even if this is a problem with the network, the mobile phone operator will quickly blame the unsupported device. It is also difficult for mobile devices developers based in Ireland, they can’t be motivated to develop for a platform that virtually no-one is using at home, nonetheless few (http://www.mercurygirlinc.com or http://business.loudervoice.com/android-reviews/) are trying, fair-play to them!

I’ve tried to figure out why Ireland is so far behind… and it does not make sense. 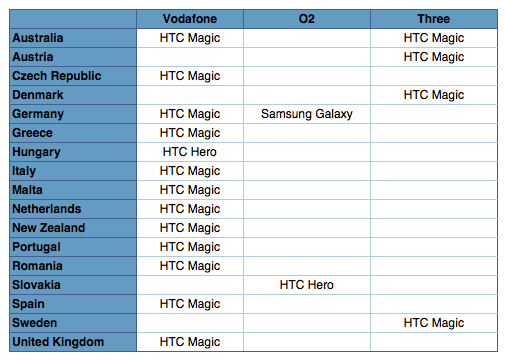 One of the excuses they will give when asked about introducing new devices, is that they have not been approved for the network… How come an HTC Magic that is working in 12 countries for Vodafone (a member of the open handset alliance by the way!), can not be introduced TODAY on the Irish market… No technical issues, no language issues (already available in English in UK)… So why?! If anyone from Vodafone (or any other operator) can answer, please feel free!

While doing some research for this post I found this article from one year ago… “Asked last week if Vodafone would be considering launching with its own version of the HTC Dream, Vodafone Irelandâ€™s chief executive, Charles Butterworth said: â€œThe answer is yes, over time. Iâ€™m sure we will, but without getting into the specifics of which market and how.â€”,Â  so I guess they got the specifics wrong for Ireland! Also it seems that even the new HTC Tattoo will be launched in October on Vodafone UK, nothing about it on Vodafone Ireland :-(.

I hope that the situation will change soon so that I will be able, like many other users, access all the apps in the market and reward developers by buying the labour of their work. I also hope that soon many Android devices will be available for a moderate cost for anyone to buy as they are simply great devices loaded with an exciting platform. From what I have read on different blogs and forums, Ireland is not alone in the Android devices desert… please share your feeling if you have the same issues in your country.