Jean-Baptiste Queru has announced that Android’s latest version, 4.1 Jelly Bean, has been released to the Android Open Source Project. This is a major step for JB, and it allows anyone to get their hands on the source code and compile 4.1 into their own ROM.

For now, the releases coming out have proprietary binaries for the Galaxy Nexus and the Nexus 7, however we should also see it soon for the Motorola Xoom and the Nexus 7. The source code is specific for their devices, and are meant for developers, so readers shouldn’t rush out and get it, hoping for JB on their devices.

This is still, as stated earlier, a major step for JB, and brings us closer to official releases, as well as keeps Android what it is supposed to be: Open Source. 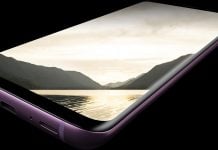