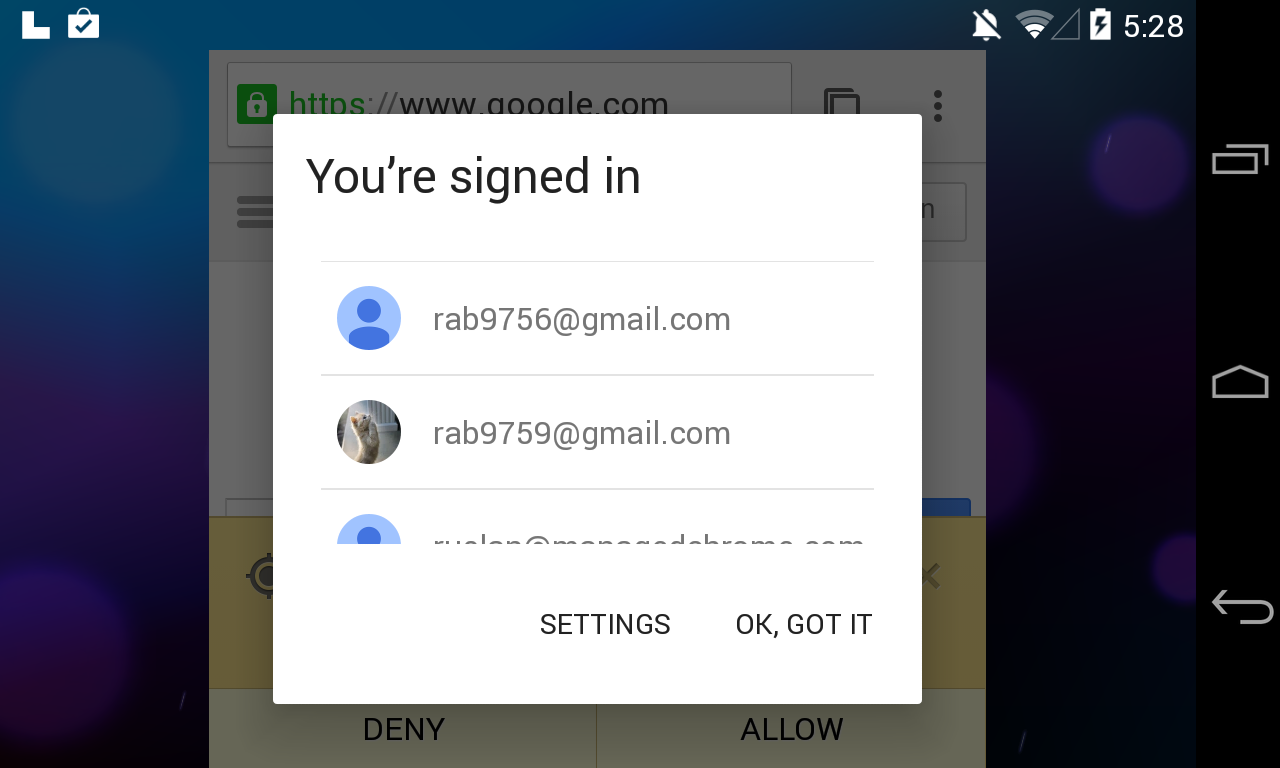 Google has been extremely active as far as Android updates go. At the beginning of June they released Android 4.4.3, followed by Android 4.4.4 which came not even a month after the 4.4.3 update. Now we have some leaked screenshots which could be taken from Android’s next big update, just a day ahead of Google I/O.

These images were discovered in Google’s Chromium Tracker by Reddit user Doopl. They were removed since then. You may notice the “L” icon in the notifications bar on the left as well as the bell icon on the right. It is said they might symbolize “Limited Notifications” mode which should include pop-up notifications and “Limited Interruptions” which should prevent those from appearing. You can also see a chrome window in the background floating in the middle which might suggest yet another option within the OS or Chrome browser itself which would be a welcomed addition to the experience. 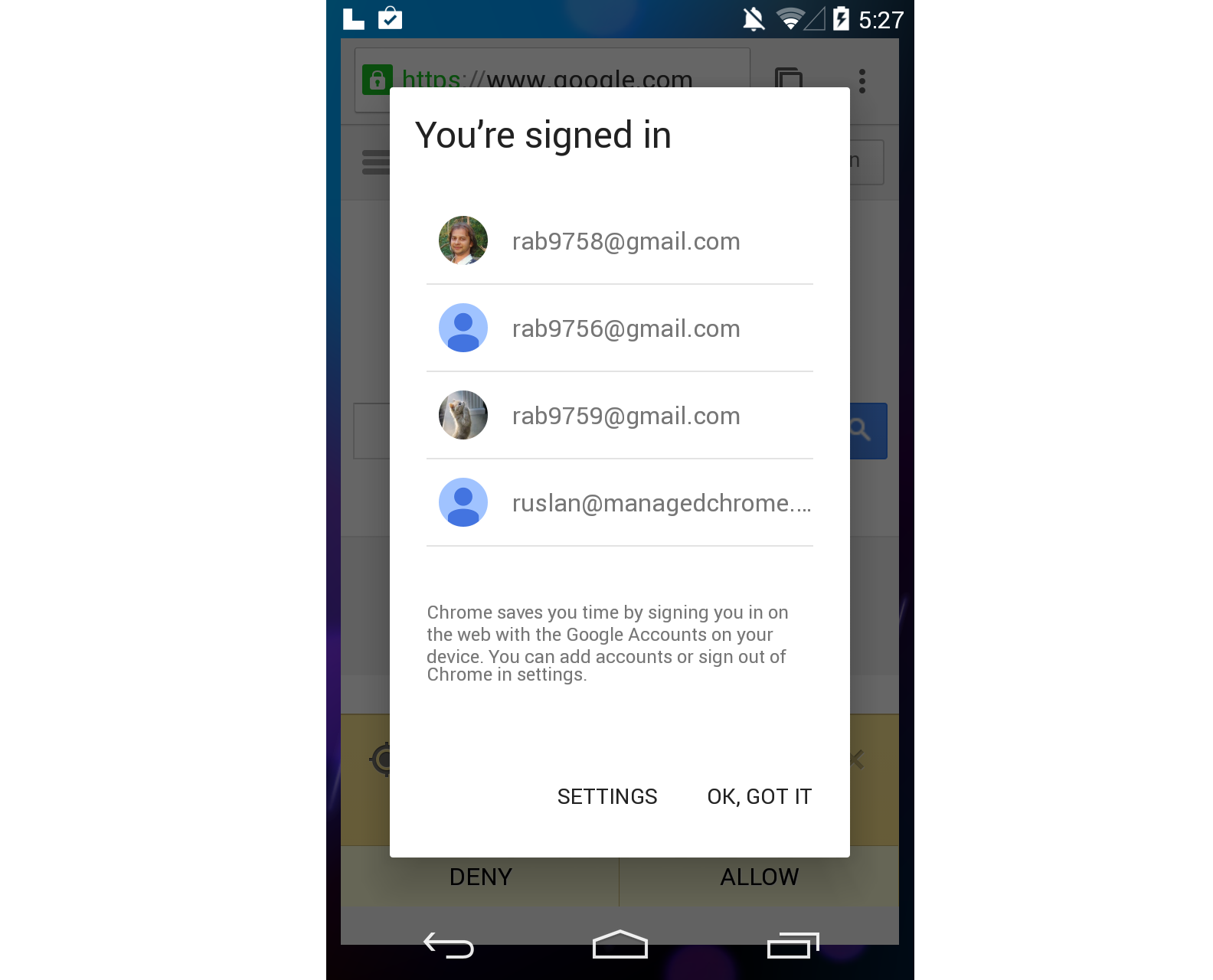 These screenshots were taken in 1280×768 resolution which matches up to Nexus 4’s screen resolution, coincidence? Maybe. What do make of this? It would be sweet if Google implemented features like these and if possible announce all of this at Google I/O this year, although this might be just a rumor, nothing else.