You’ve made an app that you like and put it on the market. It goes on a tear and starts climbing the charts.Â  You find that you have 10,000 downloads, a 4 star rating, and that your app isÂ  ranked number 20 in its category.Â  Sounds great.

Huh? What is going on here?Â  I am not sure if anyone knows the Google Market formula except Google.Â Â  In an ideal world, the market ranking system could not be gamed.Â  If that is the case, then I think it would be great to know the ranking criteria. If there is a chance the market can be manipulated, then it might be better to keep the rankings a mystery.

Rate of Growth (Acceleration)
A new app makes a splash and climbs the chart. This new app moves up the chart quickly and displaces other apps.Â Â  As a new app, it may add 50, then 100, and then 500 new users per day.Â  New apps tend to gain more users per day than an established apps.Â  Acceleration appears to drive market rankings.

Continuous Growth (Velocity)
Does your app always add 100 users per day/3000 per month?Â  Apps with continuous growth do well in the rankings.

Retention
Apps don’t grow forever.Â  It seems that once an app is established, it holds its crown.Â  MySpace is #1 in Social Category and Facebook is #2.Â  I have not seen these positions change. This means it is not just about growth.

Rating
My personal guess is that ratings are not factored in.Â  That is only a guess.Â  I think that if you install and app and keep it, you are factored in.Â  Whether you subjectively rate the app 1 or 5 doesn’t matter.

Could it just be about installed base?
This is a real possibility.Â  Acceleration and Velocity will both point to a large number of installed users.

When trying to decipher this, you can find helpful info online at Androidstats.com.Â  In addition to the site, their Android App AndroidStatsÂ  provides biggest weekly movers in rankings and recent price changes for apps–that can be when a paid app becomes free. 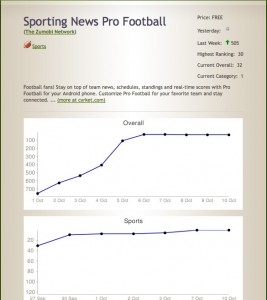 App rankings are helpful for both users and developers.Â Â  Let’s look at these 2 questions:

What info is most helpful to users?

As a user, it is good to know about popular apps and highly rated apps.Â  A popular app will have a large number of downloads and a stable installed user base. A highly rated app may have less users, but a consistently high rating.Â  AndroidStats info on apps with large moves in rankings are certainly helpful to look at for apps that are becoming popular.

If this info was available, it would be possible to see how apps become popular and how they level off.Â  It would be a way for users to look at up and coming applications.Â  These filters, if possible, would help accelerate app rankings based on popularity and quality.

What can a developer do?

An app can be functional, but not polished.Â  As a developer, I am as guilty as anyone of getting excited when an app is functional.Â  I want to put it in the market right away and call it 1.0.Â  It might be better to publish it as a beta and ask for feedback or take a step back and give it some polish.Â  Many developers come from the web world where we can update a website at will and do a “soft-launch” for our friends and co-workers to check the site.Â  We’ll then make fast corrections.Â  There are real benefits to an iterative approach, but the Android market is different and the app needs to be both functional and polished at launch.

In the blog post from the developers of Screebl called “Polish your Apps, People!“Â  they concluded that “polish is better than feature.”Â  I agree. With a short time to engage a user and have him or her understand your app in 30 seconds or less, the app should be polished and easy to understand.

At this point, there is no soft launch in the Android Market.Â  New apps get used and quickly rated by users.Â  The “Just in” feature of the Android Market highlights new apps.Â  A new app or new feature included in an update is a great opportunity to drive traffic and increase rankings.Â  This may make it possible to game the market, but it also a great way for new features and improvements in apps to be highlighted to users.Â  Apps will change and a well thought out release plan can help with the market rankings.

You can get the word out about an app by talking to other developers, blogging, using Twitter and other social media, and by advertising.Â  I learned about BubbleBeats at the NYC Android Meetup. I learn about apps from sites, blogs, and mailing lists for developers.Â  Since many of these outlets are focused on developers, the audience is focused, but small.Â  AdMobs can reach a wider audience with mobile ads.Â  I would also suggest targeted advertising on Facebook for certain apps.

Facebook providesÂ  targeted advertising based on interest groups.Â  It is even possible to target Android users or to target ads to Facebook users who “Like MyTouch 3G.”Â  Beyond targeting for a specific phone or interest in Android, it may make sense to target your app to a specific group like hikers if your app is related to hiking.Â  Facebook ads are based on a pay per click model and costs can be tightly controlled.Â  You can even try with a dollar per day.

I would call my level of advertising on Facebook at the experimental level.Â  I tried advertising to MyTouch 3G users for $5 per day.Â  My ad included instructions on how to find the app in the market and linked to the Facebook Page for the BFF Photo app.Â  The app shows Facebook Photos on your phone and provides upload from the phone to Facebook.Â  It is a good fit for Facebook ads, but non-Facebook apps will make sense too.Â  Facebook pages let users become fans of your app.Â  You can get the word out to your fans and they can comment, post photos, etc.Â  I do not see a reason to not have a Facebook page for your app.

Here is the Facebook ad and a report with the results.Â  This $16.42 experiment resulted in the ad being shown 12,273 times with 33 clicks.Â  A handful of people became fans during this time and the number of downloads increased slightly.Â  The result showed that a Facebook ad had the potential to promote an app. 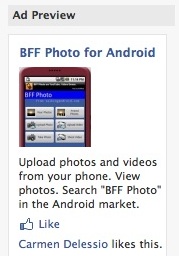 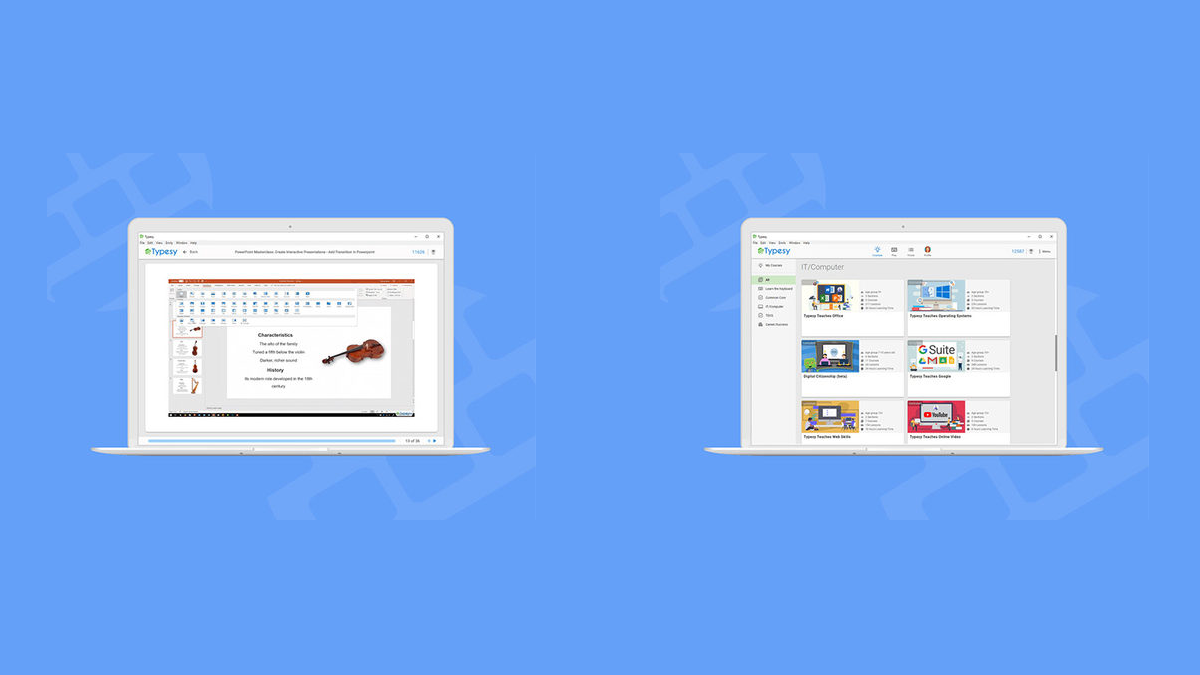