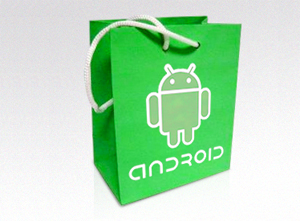 About 1% of all apps that are uploaded to the Android Market are removed by Google.Â  Even with such a low percentage, it still begs the question “Does Google play gatekeeper to the Market?”Â  The answer is both yes and no.

Google allows the users of the Android Market to help decide what abides by their policies.Â  If an application is flagged enough times, it gets reviewed by Google who then makes the determination as to whether or not to remove the application.Â  Google does not stand in the way of allowing an app into the Market in the same way Apple does with their App Store.Â  In short, there is no pre-approval process.

As of today’s writing, there are roughly 6,000 apps in the Market, which equates to around 60 apps getting pulled. Android users seem to have a good grasp as to what is quality and what can be considered buggy, malicious, or objectionable.

The Android Market has plenty of room for improvement to be sure.Â  However, the approval/removal process that is currently in place seems to work well.Â  Letting the mob rule was a good decision on Google’s part.Â  It eliminates the need for a staff dedicated to combing through apps ahead of time. Apple, on the other hand, employs 40 people to handle the job.Â  Each of the reviews an estimated 424 apps a week.