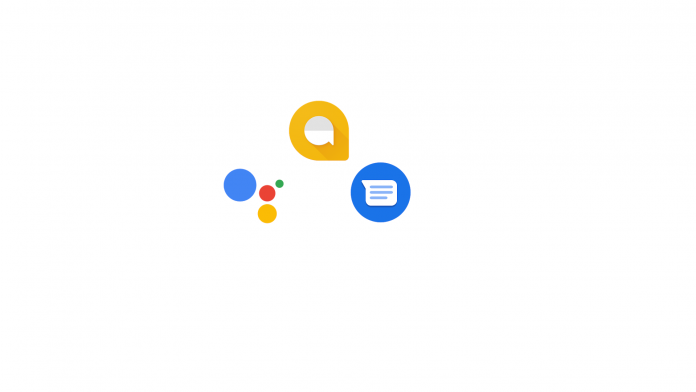 The writing has been on the wall for some time that Google Assistant might be headed for Android Messages. With Mt. View deciding to kill Allo last year it really seemed like only a matter of time before this happened, and today Google has announced that Assistant integration with Messages will be coming in the next few months.

First, let’s start with Google isn’t going to be reading your text messages. At least no more than they already are with its Smart Reply. Honestly, these new integrations with Google Assistant will just expand on this feature with what Google is calling “suggestion chips.” Google has promised that the design doesn’t allow Assistant access to the full chat and only pulls down information for the line that creates the chip.

With names and keywords, Google Assistant will pop up with a suggestion chip and you can then tap it to plug web information or links directly into your Messages. This will work with points of interests, movies, restaurants, and the weather according to Google.

This can also be manifested by using the Assistant button or squeeze feature. When you prompt Assistant this way while a Messages window is open, the results are sharable directly to your chat window. This is a nice touch for the times when maybe Google’s AI doesn’t present the suggestion chips when you wanted it to give you a hand automatically.

This shouldn’t come to a surprise to most. Allo has been sent to pasture to be retired by Google in the next year or so. Meanwhile, Android Messages has been tasked with taking over Allo’s role in Google’s messaging strategy. Adding Assistant to Messages along with future RCS options should allow Google to have a pretty robust messaging solution.

While we aren’t quite sure exactly when “the coming months” consists of, Google has been very active in adding new features to Messages lately. I’d say this one will hit sooner rather than later. A final note is that this will be English only when it initially launches.