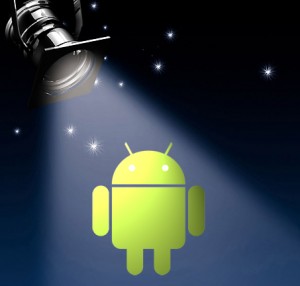 I need to start this article with a confession of addiction, it is what they tell me helps to handle my problem;

Hello, my name is Ray and I am addicted to Technology.

That being out of the way;

I am like Napoleon Dynamiteâ€™s brother Kip, singing, â€œI love technologyâ€ at the end of the movie. Being an addict as such, the iPhone was something that sent my arm itching need for tech gadgets over the top.

I saw the iPhone and fell instantly in love, and immediately went about looking for ways to get one, and was stymied when I found out that AT$T (the cash sign there is not a typo) had exclusive rights to the phone, and wanted my first born child or my star wars collection in exchange to get my hands on that beautiful piece of hardware.

Like any good junkie, I started looking for alternatives to get my fix, and that is when I found my G1 from T-Mobile. I could not believe my eyes when I saw the description, a phone which runs off a Google platform, ties into all things Google, AND has a STRONG similarity to the device of my desire: the ability to touch the electronic awesomeness and interact with STUFF without the use of a silly stylus.

I remember getting that beautiful box from the T-Mobile store, unpacking my G1, pressing the power button and while I was waiting for it to boot up, dreaming of all the awesome applications I was going to use and download, and all the different ways I was going to make it the best iPhone alternative EVER.

The phone powered up and I started playing, and I found myselfâ€¦â€¦disappointed. Only 3 Home screens? No widgets, no auto rotate? (This was pre-cupcake of course). I felt ripped off, I felt robbed. I started scanning the Market and found it a POOR substitute for the app store that I had been so looking forward to.

I then panicked and realized that I was stuck with this poor excuse for a tech gadget for 2 years!! I begged my wife to take it as hers, so I could get an unlocked iPhone. She, being a gadget widow for 10 years now and tired of moving boxes of different tech toys that I have used and forgotten, put her foot down and forbade me to even THINK of getting rid of the phone. I resigned myself to being stuck, and began working with the phone, trying to force an iPhone experience out of it.

As I started getting deeper into the G1, something funny started to happen, I started to feel like this phone was well, made for me and what I do. I use Gmail exclusively–our organization has our domain connected to Google Apps, and so this is part of my everyday life. When the G1 connected to my Gmail account, I had connectivity, just like that. â€œIt just workedâ€. Sounds very Apple doesnâ€™t it?

I started exploring the calendar program on the phone, and saw that it had ALREADY downloaded my calendar from our Google Apps account. After that, it was love at second sight, it had me at the proverbial, â€œhello,” since for me one of the Holy Grails of smartphones is how easy it is to sync your calendar dates with your mobile device. If you have ever struggled with any of the Windows Mobile iterations, you have felt my pain when trying to get your calendar dates on your phone. This thing, this beautiful G1, had done it like some sort of ghost of Radar Oâ€™Reilly from MASH. Without me even KNOWING or TELLING it to. It just, did it. I was in LOVE.

Being a year or so down the road of G1 ownership, and having fallen in love with Android, I have heard the many critics of the platform talking that it is no iPhone replacement. And hey, they are right! The Android platform in my opinion was not created to replace the iPhone, but to COMPETE with it, which it does in my opinion quite well.

In the past year, we have seen significant add-ons to the G1 and Android platform phones; we had the release of Cupcake, we have seen Google Voice launch, and we have seen the Market mature somewhat in its offerings.

Many critics are saying that the Android platform really does not deserve to be out there, nor does it have the muscle to compete with Apple and itâ€™s device. My argument there is that Google, I do not think, is trying to replace anything, but to match the needs of many of itâ€™s users, and specifically business oriented consumers.

After getting my G1, a coworker of mine got one as well. The collaboration that the phone unlocks for us really does not have an equal that we have found. We can chat through Google Talk, with one person on a desktop and the other on their phone. We can share calendars and dates. We can access our organizations documents through Google Docs, and we can even locate each other using Google Maps and latitude. The device has linked us in a way that having an office full of iPhoneâ€™s might not be able to do as easily. Android is built to be a COLLABORATIVE platform, where I think that the iPhone is built to be a COMMERCIAL platform.

Android, not ready for Prime Time? Perhaps not the Prime Time that we are assuming when comparing it to the iPhone, but it is MORE than ready for the Prime Time that matters. Android is making life and business work better, and taking advantage of the internet and â€œcloudâ€ computing, removing the need to be in one place to access your data. That makes Android a true player in this new smart phone world that has been defined by the iPhone. Android, like Google, is looking to redefine how we handle data, and is doing a great job at it. Call me an Android Fanboy, I am guilty as charged.