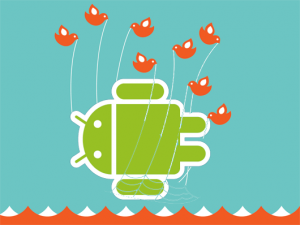 Those of us who are familiar with the “with Google” stamp on the back of our respective Android phones what does this actually signify?  Is it part of a carrier deal that gives exclusivity to Google premium apps like Gmail and the Android Market, or part of a grander scheme to make ODM’s like Archos, Augen, Camangi, et al have inferior software so only the Google approved ones will survive like Verizon’s Droid and Sprint‘s Evo?  Or else, why would Google allow some manufacturers to deliver a less desirable UI experience and others an approved one?  Hear any joint Google/Archos pressers lately for the forthcoming 101?  It can’t be because of the hardware either.  Even the Archos 5 was put together much better than the first G1 and it was the first real “Google phone”.

Due to Google’s own stubbornness they have unknowingly created an underground modder community with supercharged ROM’s and themes that put all other manufacturer UI’s to shame.  But in doing so can put an inexperienced user in peril of destroying his or her device and making it all but a high-tech paper weight in the name of unlocking the device’s potential.  Oh I know what you’re thinking, this isn’t Google’s fault.  It’s the manufacturers like Motorola, Samsung, and HTC that have locked boot loaders, our beloved phones and soon-to-be tablets down.  But a true open source OS would not be restricted by a piece of hardware, Google should allow users to download production binaries that are executable on any phone for any carrier.  Have you tried downloading and using Ubuntu lately?  Now that’s a true open source OS that’s free like water and not like beer.  You don’t get these shenanigans with 99% of the Linux distros out there.  Don’t give me the excuse that the various screen resolutions, and yada-yada, will wreck the user experience and the very pretense makes Father Google sad.  And if it does look funny on my device, I’ll worry about it.  It’s none of Google’s business!  Imagine buying a PC and having it rendered useless just because you dared to change out or upgrade the pre-installed OS.  That’s exactly what we’re having to endure with our shiny new mobile devices whether they be Android or Apple.

The very thing that we have now is just like the regional Bells of old where they had the network and they leased phones at a few dollars a month for many years going forward.  Sad to say, my Verizon Droid X is in the same boat.  I pay a subsidized amount in exchange for a contract and while I could have paid for it outright, it still would not matter because I can not use that phone on any other network.  So the fear of a contract is negated since I HAVE to use it on Verizon.  I am land locked at every turn both in operating system and in the network.  Motorola seemed all to proud to announce that Droid X’s that received a non-approved update would not be eligible for the official update to FroYo when it became available.  This ought not to be.  This is akin to class warfare where experienced users are penalized for wanting their phones to do and be more than how they came originally.

But to my original point, by the way Google delivers Android to ODM’s and keeps it from users is definitely their blame to bear.  They have the wherewithal to make it available and useable but have chosen not to do so.  I understand that Google is a for profit entity and have no problem with them making as much money as they want but don’t market Android as peace, love, and open source when it is not.  It is at best a proprietary OS with an enthusiastic open source community responsible for development it but I will no longer refer to it as a true open source OS.  Android has often been compared to Microsoft Windows XP in that it has been fragmented on devices from netbooks to servers.  But say what you will about XP, it is a consistent UI between machines and manufacturers and if you don’t like the shipped version you can always uninstall it and re-install a fresh version.  Not so with Android unless you want to be responsible for your own updates and hardware incompatibility.  Not to mention, the bearing the wrath of your respective wireless carrier.

I believe, from Archos to Samsung, we should have the ability to use or purchase plain Android at the current version to any device we want.  If/when this happens, Google will have achieved its original goal of taking costs out of handsets and allowing anybody to run Android on “any” device.  Currently Android is being watered down and neutered by Motorola and Samsung UI’s and carrier chatzki.  We are at the carrier’s and manufacturer’s mercy and we will continue to be the loser until Google inserts their power.  And it may be too late in light of the recent failure of the Nexus One which was at least a back-handed effort to poke a sharp stick in the eyes of the carriers.