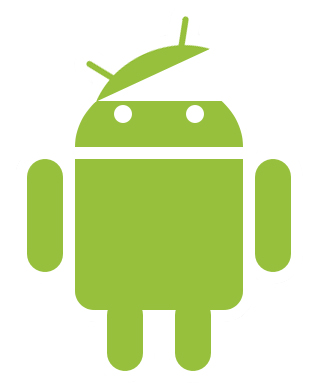 It’s the last quarter of 2011, and Google has barely three years in the Android can.  I started thinking about this in the last few weeks and especially after writing my last article and why Android is successful.  Is it still important that Android is an open source operating system?  It seems that the only interested people in the “open sourceness” are the modders.  Which in itself is a good thing, but where are all of the Android committers?  Where is the peer review of the operating system that makes the successful free and open source software (FOSS) projects actual businesses?  It may have been more pure in the beginning but it had not hit the big time yet or become the Droid juggernaut from Verizon.  I believe that is more important that it is free than it is open sourced.  Que the conspiracy theories and menacing orchestral music.

“The term open source describes practices in production and development that promote access to the end product’s source materials. Some consider open source a philosophy, others consider it a pragmatic methodology. Before the term open source became widely adopted, developers and producers used a variety of phrases to describe the concept; open source gained hold with the rise of the Internet, and the attendant need for massive retooling of the computing source code. Opening the source code enabled a self-enhancing diversity of production models, communication paths, and interactive communities.[1] Subsequently, the new phrase “open-source software” was born to describe the environment that the new copyright, licensing, domain, and consumer issues created.” – Sourced from the all knowing Wikipedia.

Android is ubiquitous because it is free and not because it is open source.  Except for the popular Cyanogen mods, the FOSS aspect has largely been ignored by most of the ODM’s.  Witness the poor implementations of Android devices by Archos, Augen, Camangi, and countless other Tier Three AKA Chinese manufacturers and the animosity towards UI’s like Sense and MotoBLUR.  If the FOSS was so easy to take advantage of then why are only a handful of developers able to deliver a customer experience that was comparable to Google’s?  And even Cyanogen AKA Steve Kondik only bothered to modify the ‘with Google’ version.

A true open sourced and free version would not have any differences that any other manufacturers have.  If Google was out to ensure that every available handset and tablet ran ‘the real’ Android then they would not stand in the way of all devices running the most current version with all of the bells and whistles including the Android Market.

The delivery model for software availability is not predicated on open source but for popularity and usability.  For manufacturers to have the source code does not make the experience better but enables them to write software for open API’s and even change the OS to custom fit theirs and the user’s needs.  A good example of an OS being widely distributed is Windows XP.  As we know, it is not open sourced yet there are thousands of applications that have been developed for XP.  Because Microsoft has deliberately made their OS’es easy to be accessed by developers.

It seems counter intuitive to Google’s mantra of “do no evil” that Android would be handicapped for development except for the blessed versions.  And while we are on the subject, Honeycomb not being open sourced is a trivial matter if it is hard to develop apps for.  There are two outcomes to the mobile war and it will be for local apps versus web HTML5 browser versions.  Google seems to want it both ways but by standing in the middle of the road is very dangerous.  It puzzles me that they are not lining up in the HTML5 camp since they are so web centric.  Apple is moving the iOS browser in the right direction while still doing well selling apps but the future of the web is true mobility and the only way to have a platform agnostic platform is via the browser.  Do we really want to buy devices based on what apps are available for THAT platform?  Good examples of this are Flipboard and instagram, both immensely popular and great iOS apps but do we really need further splintering of platforms based on carriers AND apps?

But back to the task at hand.  Do you care that Android is open source?  Does it have anything to do with your buying power as a consumer on what you decide to use?   I contend that 99.99% of people out there have less than zero knowledge about software and developer technologies that makes Android a more powerful platform than its competition.   I think that Android’s open source moniker has worn out its welcome.  It use to be a differentiator but it is now a marketing term.

While I remain eager and excited to see the newer versions of Android, I am more interested in seeing how Google will continue to play a big part in the mobile space as they don’t as much as compete but actually set policy in the market.  But so does Apple.  I choose to continue to use Android over anything else because of its robustness and flexibility, although I must admit that the Competition is heating up and they are looking pretty good.  But this is all the more reason Google needs to be more competitive and push the limits with upcoming versions.