If you’ve been itching to put Google Wallet to rest and move on to newer days with Android Pay, the debut may be only a couple days away.  Supporting restaurants and retailers need to prep for the new system, and we may have just got a tip from one of their largest, McDonalds.

Allegedly, employees at a McDonalds location received a notice saying payments with Android Pay will begun on August 26th. 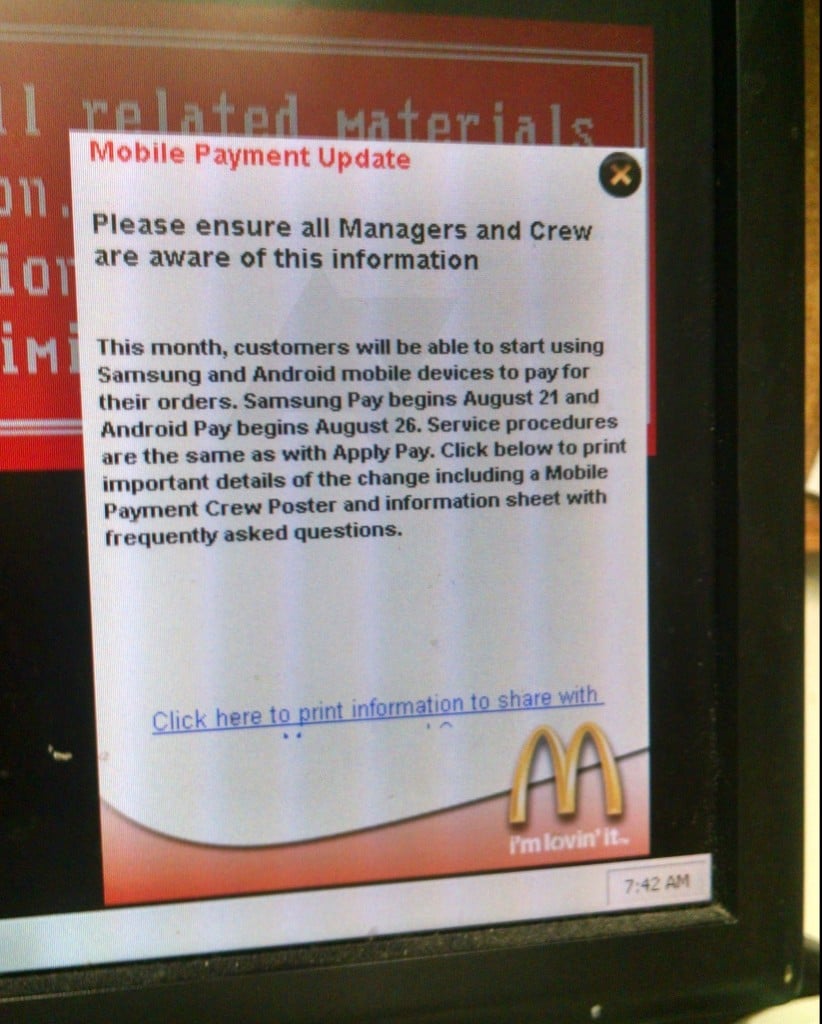 Interestingly, the notice also mentioned that Samsung Pay acceptance has already begun.  But we know that this isn’t correct, because Samsung stated that the U.S. rollout of the Samsung Pay isn’t until September 28th.  So I would take this information with a grain of salt. 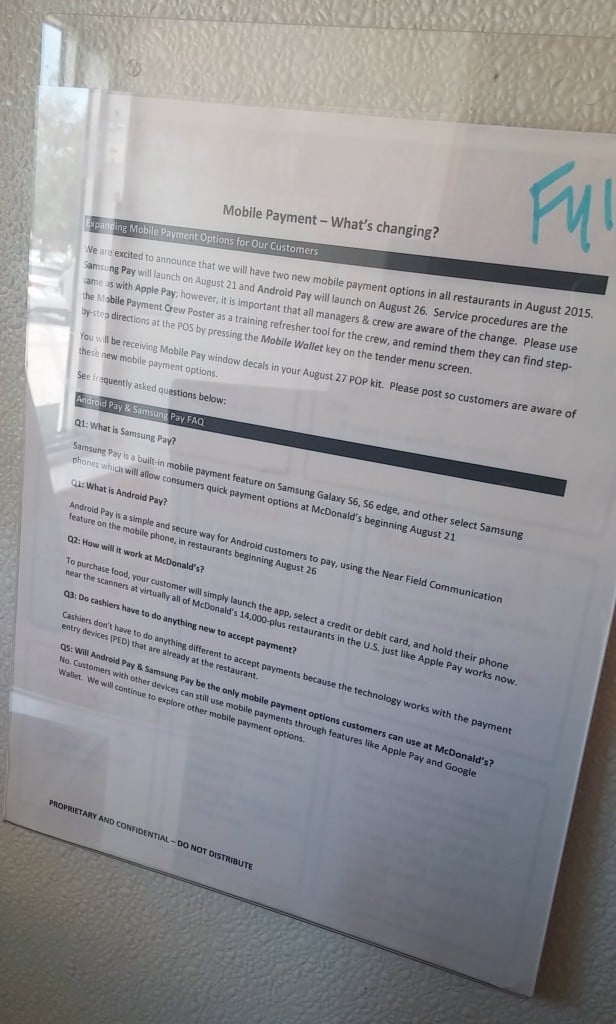 To recap, Android Pay was announced 3 months ago at Google I/O, and we haven’t heard much about it since then.  But it wasn’t unreasonable to expect it to launch with Android Marshmallow and the new Nexus (and new fingerprint support).  Android Pay is expected to launch with support from 700,000 store locations.

Aug. 26th is only two days away, so we’ll know soon.  Are you looking forward to getting underway with Android Pay?