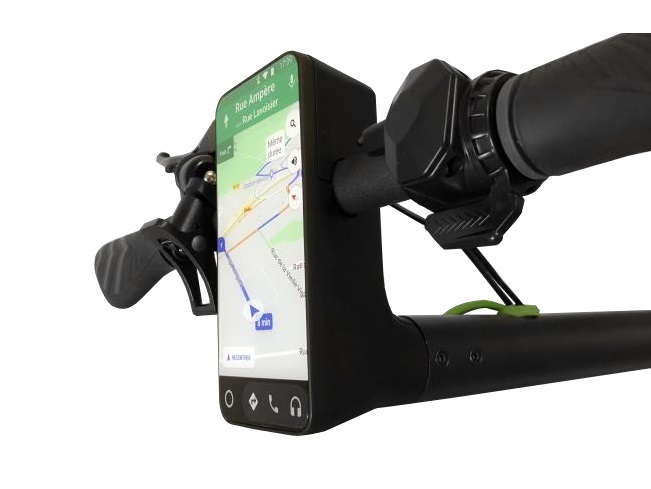 Android today dominates the tech world. You can find it on smartphones, tablets, watches, smart TVs and more. But did you know there’s a new product category in town? Android-powered scooters, yep!

Dubbed the Citee Connect, the urban transport device has a 5-inch display (or dashboard) built-into the handlebars. It’s powered by a quad-core processor, aided by 1GB of RAM and 8GB of flash memory and offers 3G support. Ironically, unlike most phones launching these days, it comes with Android Oreo pre-installed.

The display serves as a means to access navigation or traveling apps like Google Maps, TripAdvisor and more. You could, in theory at least, download and install any apps your heart desires including the distracting Facebook, WhatsApp or YouTube. But it wouldn’t be too safe.

Apart from the Android-powered display, the Citee Connect looks like any other scooter on the market. It’s mostly black with a few green accents here and there and is made of aluminum.

The electric scooter features large puncture-proof 8.5-inch wheels, a 250W motor, and a 36 battery. Archos notes that the gizmo can reach a speed between 22 and 25 km/h/15.5 mph. Given its light frame, the Citee Connect has a range of 25 km/15.5 miles on a single charge. Low on battery? The scooter can recharge the battery with each braking. The product can also be charged via a docking station.

The producing company says the Citee Connect can withstand up to 100 kg / 220 lbs of weight, so it should be able to accommodate most urban commuters. 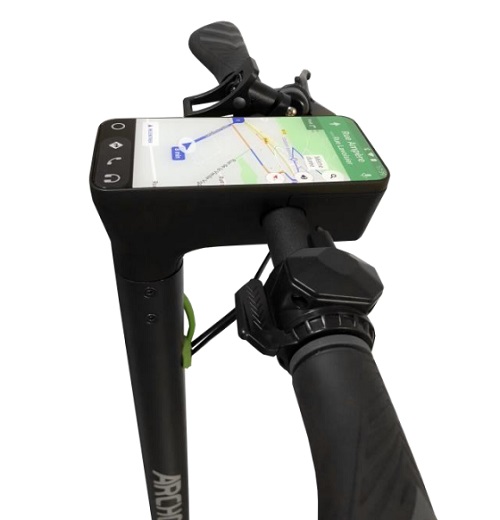 The scooter can be folded easily, thanks to a dedicated latch, and weighs less than 12 kg, so it can be carried off.

Archos will be showing the Citee Connect at MWC 2018 come next week, but the product won’t be released until this summer. We expect the scooter to go on sale for €499.99 (approximately $617).

Do you think Android-powered scooters will become popular? Let us know in the comment section below.