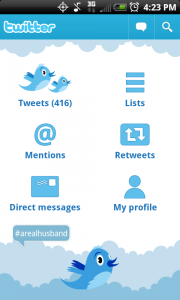 We’re not sure if this is a bug that will get fixed, an easter egg, or what, but when we heard reports of unrooted EVO users being able to use the screen capture app ShootMe, we had to test it out ourselves. And it worked! You’re looking at the results of our test on the left.

Previously, getting screenshots from an unrooted Android device required hooking it up to a P.C. that has the Android SDK installed. Applications in the Market that take screenshots, including ShootMe, all note requiring a rooted phone to work.

We tested this on a stock HTC EVO 4G distributed at Google I/O. Let us know in the comments if other screen capture apps work on your unrooted EVO, or if you’ve come across other methods of getting screen captures on unrooted devices.

Update: We’ve confirmed this does not work on an unrooted Nexus One. Seems to be something specific to the EVO.

Update July 16: The recent OTA update the EVO received closed the security loophole that allowed this, so it no longer works.