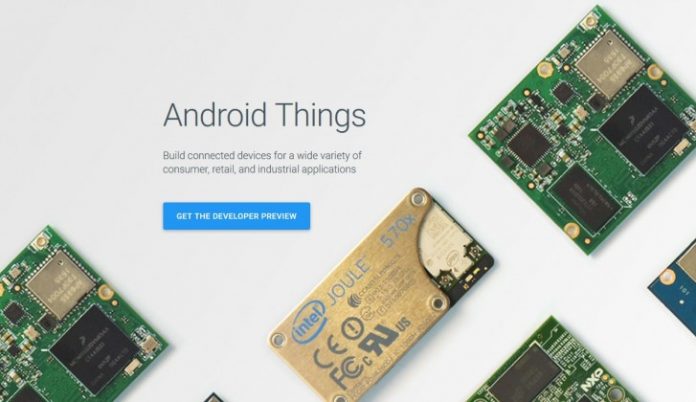 Google’s Internet of Things platform has been updated to Preview 5 and includes the major change of being based on Android O.

Android Things Developer Preview 5 updates the platform to be based on Android O as opposed to the previous Android N. The latest release brings into play the latest API 26 that developers now need to target for the support libraries.

DP5 now adds support for the new NXP SprIoT i.MX6UL design and also sees the Intel hardware designs Edison and Joule discontinued. There are also added API improvements that come courtesy of the updated version of Android and also some specifically for Andriod Things.

For those developers using UserDriver APIs, you will need to add new permissions to your AndroidManifest.xml. The documentation contains details about the permissions needed for each driver type. DP5 also now supports OpenGL ES 2.0 and WebView on the Raspberry Pi 3, which was a highly requested feature from developers. There’s also dynamic pin muxing for the Raspberry Pi 3, with pins being configured at runtime depending on what features are being used.

Google also recently launched the Android Things Console to provide the ability for over-the-air updates to IoT devices but DP5 needs to be manually triggered to grab the update.