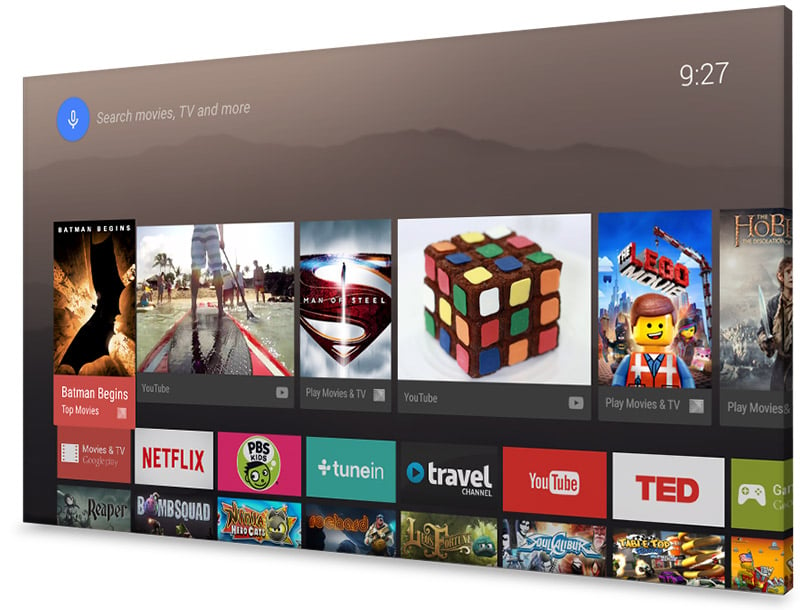 As you no doubt know by now, Google’s developer conference I/O kicked off yesterday with the keynote address. While I was unable to attend the conference in person I did watch the live stream on my computer. And, as many of you understand, one of the numerous announcements that Google made was Android TV – an evolution of the less than popular Google TV. Here is a quick run down of things that you may find important in the next-gen attempt at Google play for TV.

Android TV is in an attempt to unify Smart TVs under one OS and use the same API so that it is easier to get apps onto your TV. Another important point is that there is one SDK to write apps for all Android forms factors. With Android TV, you can search through your TV shows and movies easily using your phone or smart watch. You can also control your TV using a physical controller.

Controlling a smart TV with a smart phone might not be such new news to you; you might be wondering “Is that all they got?” Well no. Google has really worked hard putting together this Android TV experience for you. In addition to standard things that are becoming the standard with smart TVs, Android TV is backed with Google’s own Play Store. With the Play Store, you get the Play Games. In the keynote, they demonstrated how you can also use your Android TV to play games with your friends. They show one guy playing with a controller hooked up to the TV against another guy playing on his tablet.

Another feature of the Android TV is that it comes with Chromecasting built in. This means that you can use your Android TV the same you would use a TV with a Chromecast plugged into it. It also has Screen Mirroring which means that whatever you see on your device screen will display on your TV! You can cast anything and everything with the push of a button.