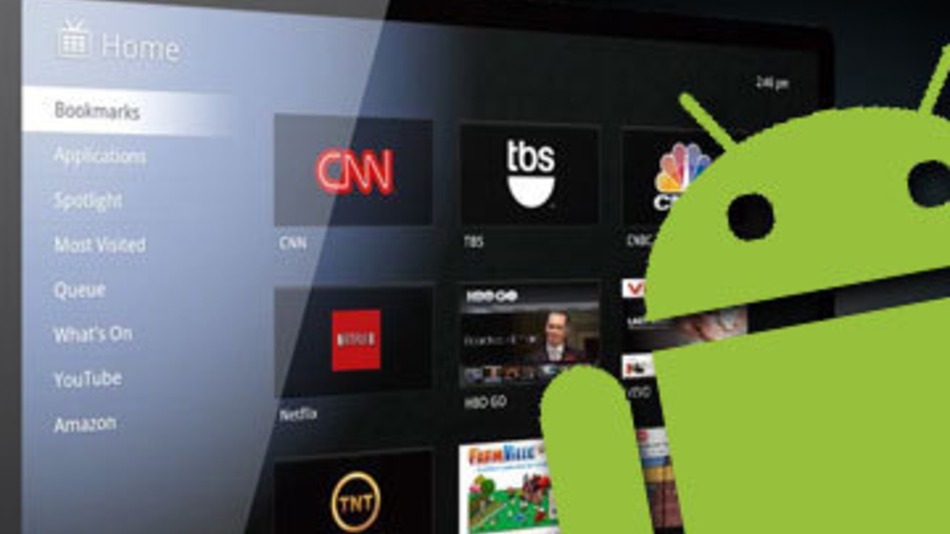 It wasn’t that long ago that Google had plans get a place in your living room with a TV service , unfortunately that didn’t pan out quite as well as hoped with Google TV becoming a bit of a flop, mainly due to the half-baked integration of trying to combine apps and Pay TV services.

Google knows that there is a future in TV and the demise of their original TV offering has not put them off. According to Gigaom the much rumoured Android TV, the company’s new iteration of a TV platform, will see its debut at this year’s Google I/O conference in June.

Android TV is not set to be a piece of hardware instead Google will be pushing the platform the same route as it has done with Android for smartphones and will be looking for support from TV manufactures to have their hardware running Android TV straight out of the box, whether this is a TV or set-top device.

The focus for Google is to allow users to customise their TV with the content they actually want to see on their screen, very much like what they have in place with the Android OS. Applications for online tv providers , games and music are expected to be a big part of the Android TV experience with the likes of Netflix , Hulu plus and Google’s own music and content apps being available from launch.

Google needs this to be an enjoyable way to watch TV and for this to happen you need a very intuitive UI , so out steps PANO, Google’s secret weapon for keeping the user interface simplistic and probably very Google Now ish.

GigaOm quotes that “The idea behind Pano is that apps can surface individual pieces of content right on the home screen in a card-like fashion so that users can browse movies, TV shows and other types of media as soon as they turn on an Android TV.”

Early in the year the Verge released what was reported to be a leaked internal document that showed Android TV’s interface which really highlights Google’s method of keeping it simple with a nice clean layout and easy navigation and I hope that this is what we will see come June.

So Google’s TV vision looks to be taken care of but they need to get the TV manufacturers on board for this to succeed and with the fail of Google TV probably still fresh in the minds of these companies , it may not be an easy task to convince them that this will be better however it seems that some companies love to work with Google , LG for example, so it may not be that hard.

What about Chromecast ? I hear you say. Well it won’t fade away, the success of the streaming dongle has been immense especially with its competitive pricing but it is just that – it’s a way to get content off of your mobile device to the big TV and Google still sees this a cheap way to way to keep in the TV game , plus it keeps the company competing with the likes of Roku and Apple in the streaming market.

There are exciting times ahead for Google fans and we look forward to what I/O will bring for the TV.

Read the rest of the source, ChromeWatching.com