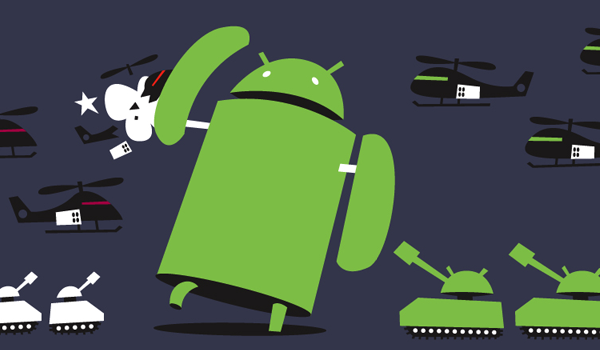 How many of you picked up one of those sweet Android shirts or posters called “Andy Versus” last year?  At the time, Apple was putting together its first major offensive against Android and Andy was just breaking free of his constraints.

The new shirt design, “Android Winning” shows where things are now and how Andy has called in his own backup.

New from Chris Bishop, an update of Andy Versus. You don’t mess with the Android Army. It’s bigger. Stronger. Faster. In the battle between Apple and

Android — Android is WINNING THE WAR.

All sizes of the shirt are $17 each, including 2X and 3X and shipping is $6 in the United States.  Should you need to ship internationally, just be sure to have an extra buck on hand.  And yes, there are girl shirts too!

‘Andy Inside’ is successor to Exploded Andy t-shirt