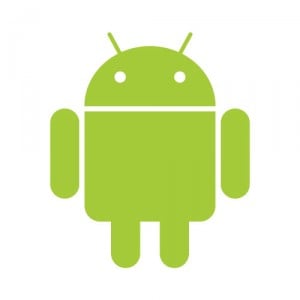 A lot has been written about the battle that seems to be brewing in the mobile OS world. Which is the better platform for developers? Which is more consumer friendly? Which has the best hardware? Which will be crowned champion? All interesting questions that generate lots of discussion. If history is any indicator, however, the mobile OS that rules will be the one that captures the imagination and therefore the wallet of the average user.

It is in this one particular area that I am a bit concerned about Android.

“Android, and the Droid in particular, are designed for the techie audience,” Palm CEO John Rubinstein said recently as he defended his company’s OS and strategy. Now, on the surface this might look like a desperate attempt for attention by a company struggling in the aforementioned mobile OS wars. Palm is losing market share and a statement by their CEO was needed. But, it stings because it rings true.

Much like the kid who runs off after not being picked for kick-ball by the kid with a substantial profile screams, “I didn’t want to play with you anyway! You have a big nose!!!,” Palm’s accusation stings. Now, I don’t agree wholeheartedly. The OS was designed for everyone, but the marketing around it and the early adopters seem to have a techie bent.

Verizon has done a great job of making “Android” a word most now recognize as something other than a science fiction pseudo-human. I think it’s time someone, T-Mobile perhaps, take Android to the next level and makes it “human”. Commercials that emphasis less mechanics and more memories, less stealth bombers and more something for everyone, are needed.

The switch has to be made from a techie-phone to an everyone-phone and it has to be made quick. Once done, the likes of Palm, Apple and others will no doubt continue to hurl insults. When Android captures the hearts and minds of Average Joe it won’t matter much. We can look down on our worthy competitors from our lofty position high atop the mobile OS standings and proclaim “Sorry, its our ball and we don’t want to play with you.”