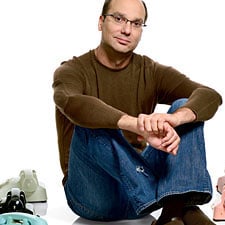 Ok, so we’re pretty sure you all know about the recent Apple/Google Voice/AT&T story going on right now. The gist of it goes like this: Google Voice has been blocked from the App Store.Â  The FCC is looking into the matter to see who is behind it.Â  Apple using doublespeak, AT&T pointing fingers.Â  Google is going around them both by creating a web-based app with all the same functionality.

Everyone has picked up on this and is doing their part to report something on it.Â USA Today ran an article yesterday implying that Google might be just as guilty of standing in the way of apps.Â  Unfortunately, the story is full of holes.Â  It’s so bad, that Andy Rubin took to the Google Public Policy Blog to address it.

Here are the facts, clear and simple: While the first generation of our Android software did not support full-featured VoIP applications due to technology limitations, we have worked through those limitations in subsequent versions of Android, and developers are now able to build and upload VoIP services.Â  – excerpt from Andy Rubin’s response

We feel somewhat obligated to add some more to the refutal.

Skype and Google Voice do not do the same thing. They might provide alternatives to traditional calling, but that’s about it.Â  Skype offers VOIP calling whereas Google Voice allows users to manage all their phones with a single phone number.

Android was not designed to handle VOIP when the Skype app was released.Â  After some updates to the SDK, developers now have the ability to create fully-featured VOIP apps using the new tools.Â  Neither Skype, nor anyone else, has offered up one yet.

Even if Google or a carrier decided to say ‘NO’ to allowing an app like Skype in the Android Market, the developer can still make it available.Â  Anyone can host an .APK file and allow users to download the app.Â The Android Market is the biggest and best way to get apps, but it’s not the only.Â  Unless you have a jailbroken iPhone, there is only one way in.

One of the initial promises of Android was that once it’s out, there is essentially nothing that can be done to stand in anyone’s way.Â  If a company wants to make a phone with it, they can.Â  If someone wants to write an app for it, they can.Â  It doesn’t get much more simple than that.

ABOUT US
Now in our 12th year, AndroidGuys provides readers with the latest news and rumors around the Android and smartphone space. Coverage also includes reviews, opinion pieces, and tools to get more from your devices.
Contact us: [email protected]roidguys.com
FOLLOW US
©
Change Ad Consent