The 11th game in the Angry Birds franchise, Angry Birds Fight! is now available as a free download in the Google Play Store worldwide. This one is a mash-up of RPG and Candy Crush style games. creating a new and unique gameplay style. 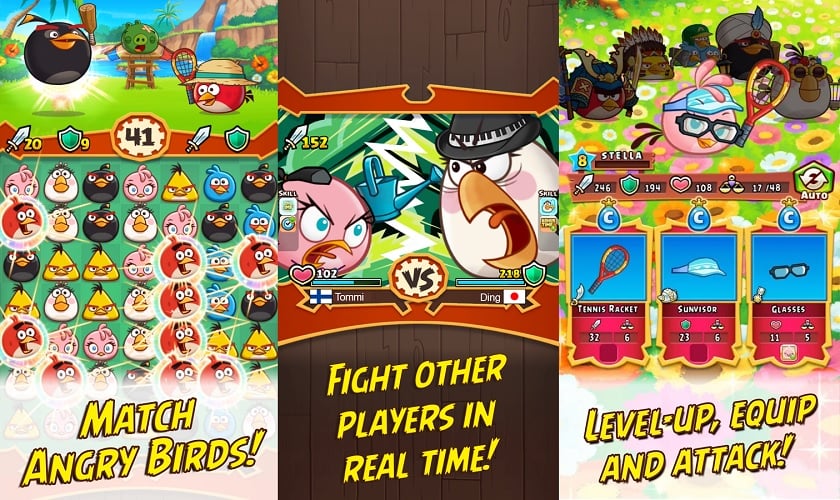 Angry Birds Fight! was announced a few months before in April, then launched in May in the Asia-Pacific region, and has already garnered more than 3 million downloads. Starting Thursday, the game will be globally available on Android and iOS.

Angry Birds Fight! is basically a PvP game, beginning with the player’s own fighting bird which is then matched within a grid of birds of other players. To select a match, the game follows a similar approach to Candy Crush Saga, except it’s with birds this time. After a match is chosen, the two birds fight untamed until one of them dies. The winning player is awarded items like, a hat or pencil which can be equipped to boost your bird’s stats.

There are several power-ups also available via the in-game store, tilting to the RPG-style side, letting players level up their birds by equipping various weapons and gears available as separate purchases. Angry Birds Fight! is an unexpected mixture of cuteness meeting the sword (literally!). The game does need some polish, but it can be hellishly addictive once you start playing.

If you like to see birds fight or if you are bored of the sweet delicacies of Candy Crush then this is the game for you! If not, we still recommend you give it a try and make sure to let us know your thoughts in the comment section below!