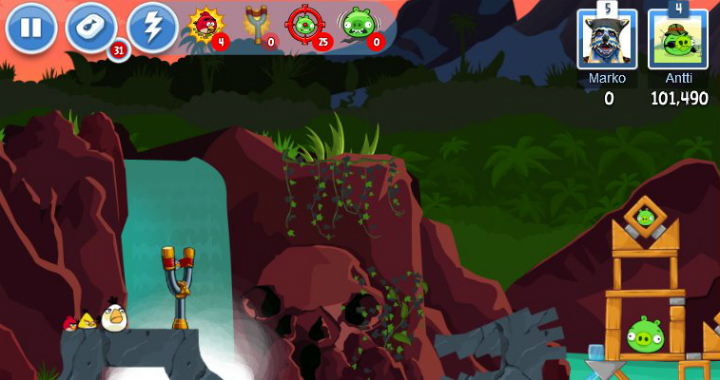 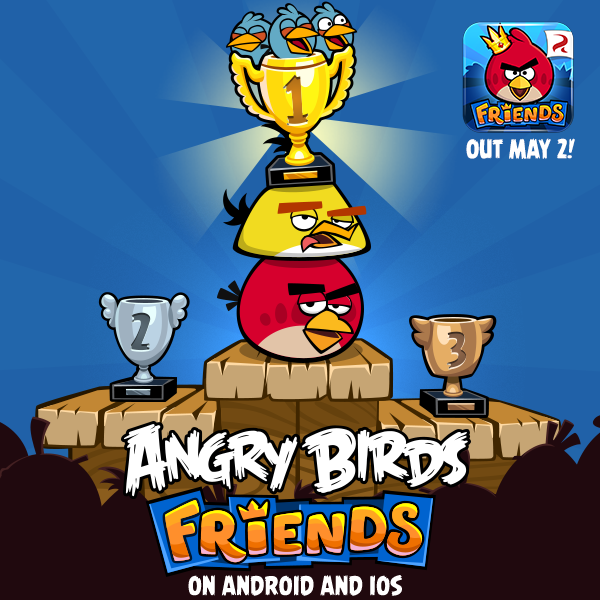 Rovio will introduce the Android version of its popular Angry Birds Friends game on May 2. A tweet from the developer advises that both Android and iOS editions will be here in two days time.

What is Angry Birds Friends, you ask? In a nutshell, it’s a head-to-head game to see how you fare against other players.

The survival of the Angry Birds is at stake. Dish out revenge on the greedy pigs who stole their eggs. Use the unique abilities of each bird to destroy the pigs’ defenses. Angry Birds features challenging physics-based gameplay, intense score-based competition and hours of replay value. Each level requires logic, skill and power to solve.

Give yourself an edge in the battle against the pigs (and your friends!) with four awesome power-ups. Participate in a different game mode with the Mighty Eagle and collect total destruction feathers from all your levels.

It’s unclear whether this will be an exact replication of the Facebook game, however we suspect it will be. We’ll find out in short order!