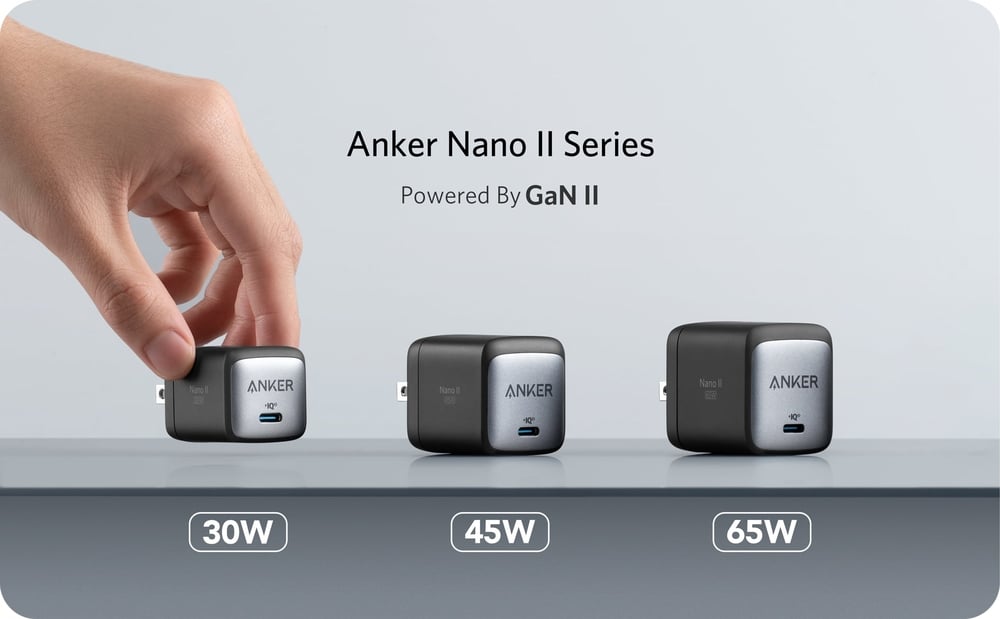 If you didn’t know, Anker has a fantastic line of charging cables and accessories. One of our favorites happens to be the Nano charger. This little powerhouse packs quick charge with Anker’s PowerIQ tech that is small enough to throw in in bag or travel case.

One of the key features of the Nano series was that it was the first on the market to use GaN in place of lithium battery technology. Gallium Nitride charges faster and has a longer life cycle than older lithium batteries. Anker is moving that to the next generation with GaN II and Nano II chargers.

Anker points out that Nano II chargers will have more efficient chips, take up less space, and better regulate temperature than the previous generation. The size will be the first thing that catches your eye. These units are up to 58% smaller than the first Nano series.

There are three new versions of the Nano II. All are flanked with a single USB-C port with PowerIQ 3.0 and folding wall prongs for power. Each is monikered by its power output: 30W, 45W, and 65W. This should give users a nice range of both price points from $30-40 and power choice to suit all their devices.

The 30W should be perfect for those looking to replace a standard iPhone or Android brick with something with a little more kick. The Nano II 45W should power some Chromebooks and laptops at a pretty decent pace and the 65W can take on even the hungriest Macbook Pros or Windows laptops with a USB-C charging port. 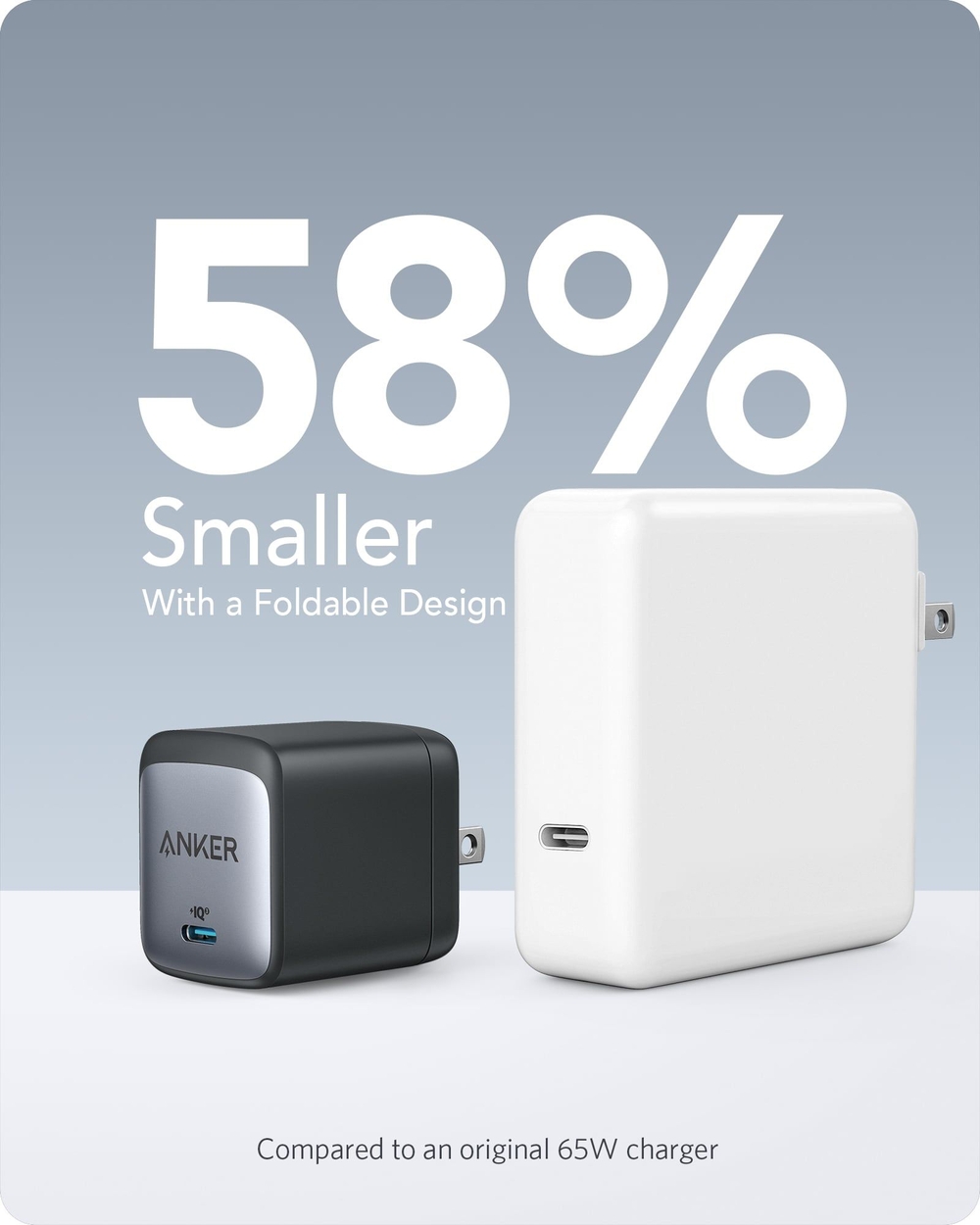 The pricing is $30, $36, and $40 for the respective power outputs. You can preorder them all starting today on Amazon and Anker with staggered release dates. First, up is the 45W Nano II on May 31 followed by the 30W on June 5, and finally, the 65W on June 10.